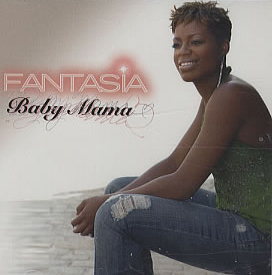 The song is very meaningful to Fantasia because it was written as an anthem to inspire single mothers across the to follow their dreams. Fantasia has stated that "Baby Mama" is dedicated to "all of those single moms out there who tough it out to take care of the kids and work two jobs, go to school". [Cobb, Suzanne. (n.d.) " [http://www.lafamily.com/display_article.php?id=707 The True Idol: Motherhood] ." "Los Angeles Family Magazine." Retrieved December 12, 2006.] Critics have accused the song sending the wrong message about and pregnancy to teens. [Blair, Elizabeth. (May 24, 2005)." [http://www.npr.org/templates/story/story.php?storyId=4663047 'Baby Mama' Spurs Debate over Teen Motherhood] ." "NPR: Morning Edition." Retrieved December 12, 2006.] The song takes its title from the slang term . A parody of the song was made by comedian .

The song contains a sample of "There'll Never Be Any Peace (Until God Is Seated At The Conference Table)" by the Chi-Lites.