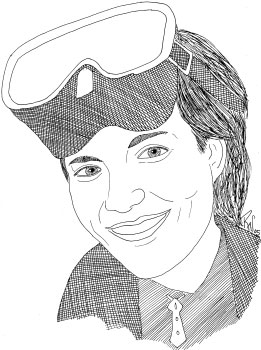 Sylvia Alice Earle (born , in ) is an American . She was chief scientist for the U.S. from 1990-1992. She is a "" Explorer-in-Residence, sometimes called "Her Deepness" or "The Sturgeon General". [http://www.nationalgeographic.com.au/front/adventurers/Sylvia.asp]

Earle has led more than 400 expeditions worldwide involving in excess of 7000 hours underwater in connection with her research. [ [http://literati.net/Earle/ Home Page for Sylvia Earle ] ] From 1998 to 2002 she led the Sustainable Seas Expeditions, a five year program to study the sponsored by the National Geographic Society and funded by the . An expert on the impact of oil spills, she was called upon to lead several research trips during the and following the spills of the ships, "" and "".

She is the author of more than 125 publications concerning marine science and technology including the books "Exploring the Deep Frontier, Sea Change" (1995), "Wild Ocean: America's Parks Under the Sea" (1999) and "The Atlas of the Ocean" (2001), she has participated in numerous television productions and given scientific, technical, and general interest lectures in more than 60 countries. Children's books that she has written include "Coral Reefs", "Hello Fish", "Sea Critters", and "Dive!"

Earle was named "Time" magazine's first "hero for the planet" in 1998. She is a Knight in the Netherlands .