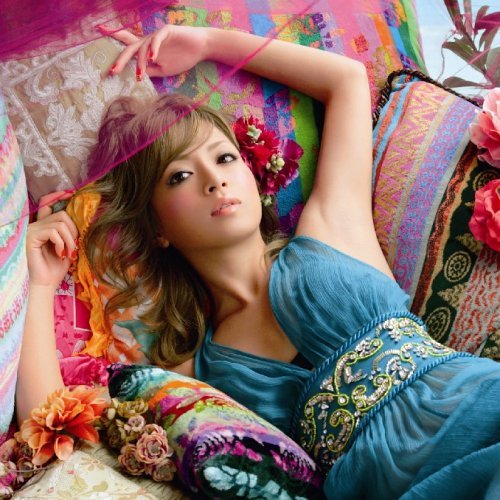 
Lower caption = CD + DVD covers "Blue Bird" is the 40th single released by . It was released on , . This is Hamasaki's 15th consecutive number one single and 27th #1 single in total. Initially planned to be a triple A-side single, it features two new songs, "Blue Bird" and "Beautiful Fighters". "Blue Bird" is the CM song for Zespri Gold Kiwi beverages while "Beautiful Fighters" is featured on her D-snap and D-dock commercial. A rearrangement of "Ladies Night" (featured in her "" album), called "Ladies Night ~another night~" (which was featured in an earlier Lumix commercial) is also featured on this single. On her official website [http://avexnet.or.jp/ayu] , she describes "Blue Bird" as being a summer song, and "Beautiful Fighters" as being a song praising women. The remix to "Blue Bird" is a trance tune. Blue Bird also reunites Hamasaki with the composer Dai. This is the first time he's composed a song for her since Fall 2005's "Will" (which she co-composed under the name Crea), a track found on the Heaven single. This is Hamasaki's first single to be certified platinum since 2005's "HEAVEN" and currently her last single to achieve platinum status until 2008's .

The "Blue Bird" PV (music video) officially aired on SpaceShower TV on , . In the first scene, she is singing on an empty beach. She is then seen on a boat with friends (many of whom are featured in her fairyland PV, while they are in fact her dance team members). Throughout the video, it switches between the first setting, the second setting, and a third setting in which she is feasting and having fun with the same friends. There is also a fourth setting where she sings on a cliff. The PV was filmed in .

The "Beautiful Fighters" PV officially aired on SpaceShower TV on , . In the first scene, fans anticipate entering what looks to be an arena, while three dancers stand outside the door. The fans rush in to watch Ayumi and a group of dancers atop a stage dancing and standing on multi-colored cars. The video switches between scenes of the five female dancers' stories of misfortune at different jobs. The dancers are shown as a delivery person, a waitress, a pool-cleaner, and a painter; Ayumi plays as a cashier at a mart. At the end, each person involved in the dancers' mess-up is shown dancing in the crowd and then each of the dancers, along with Ayumi, circles the stage in their own car.