Fedorova became the first Miss Russia to win the Miss Universe contest. She began in the entertainment business as a model and became Miss St. Petersburg in 1999 and Miss Russia in 2001.

Oxana Fedorova was born in Pskov, Russia, where she lived until she was 18. Fedorova is an only child, and she was brought up by her mother and maternal grandparents. According to Fedorova, her grandparents were very demanding of her.

Fedorova's parents divorced when she was three years old. She did not hear from her father since then. In 2005 Oxana tried to find her father, but discovered he had died.

Her father was a nuclear physicist, and her mother worked as a nurse at a psychiatric hospital (she is retired). At the police academy, Fedorova played the saxophone as a member of the brass band.

After graduating from the police academy with a red diploma (i.e. with honours), Fedorova worked as an inspector in the Pskov militia for six months.

Following her time with the force, Fedorova moved to St. Petersburg to study at the Russian Ministry of Internal Affairs (MVD) University, where she worked as an investigator at the Pulkovo Transport Police whilst studying.

Fedorova also began to work as a model and started to participate in beauty pageants. She was named Miss St. Petersburg 1999, Miss Kalokagathia 1999, Miss Fitness, Miss Fortune, and Miss Russia 2001, but declined to go to the 2001 Miss Universe pageant in Puerto Rico, where her runner-up Oxana Kalandyrets would become a semifinalist.

Fedorova graduated from the MVD University with a gold medal in 2000. After that, she entered a post graduate course at the same university.

While Oxana wrote her dissertation on "Regulation of Private Detective and Security Activity in the Russian Federation," she taught Civil Law to younger students.[citation needed] 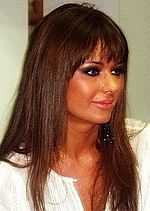 The 2002 Miss Universe contest was held in San Juan, Puerto Rico. Oxana won both the swimsuit and evening gown competitions by large margins over the other nine semi-finalists.

Upon being crowned Miss Universe 2002, Fedorova was given mulitple honors and gifts. Russian doll designer Helen Yarmak even dedicated a doll to her.

In Kenya, Oxana toured HIV/AIDS programs in and around Nairobi, Kenya, including AIDS orphanages[7]

When she was in Indonesia, she visited Borobudur in Central Java with the Puteri Indonesia 2002, Melanie Putria Dewita Sari.[8][9] They also met the President of Indonesia, Megawati Soekarnoputri, at her residence, Istana Negara.[10][11]

Controversy soon loomed ahead for Fedorova, however, as she was later rumored to be pregnant.[12]

Fedorova denied the pregnancy rumors and stated that she voluntarily gave up her crown for personal reasons, mainly because she wanted to finish her law degree.[13] Officially, she was dethroned for failing to perform the numerous duties expected of a Miss Universe titleholder. At the time she stated in an interview that she had declined to perform her duties because she was so insulted by her treatment on The Howard Stern Show. She blamed the pageant organizers for not warning her of the frequently profane Stern commentary, of which she, as a foreigner, had no prior knowledge.[14] The crown was passed on to Panama's Justine Pasek, the first runner-up, who consequently became her country's first Miss Universe.

Although the Miss Universe Organization refuses to recognize Fedorova as a former Miss Universe, she is generally regarded as one by the public.[15]

In 2011, Oxana Fedorova was named the most beautiful Miss Universe of all time by the pageantry website Global Beauties.[16]

On December 27, 2002, Oxana Fedorova successfully defended her doctoral thesis. She officially obtained a Ph.D. in Civil Law from the Saint Petersburg University of the Ministry of Interior of Russia (MVD University) on May 16, 2003.[17]

She continued her career as a police officer and was promoted to the ranks of Captain in September 2002 and Major in 2005.[18]

Since the end of her reign, Oxana Fedorova has become a household name in Russia by hosting the country's most popular children's television show, Spokoinoi Nochi, Malyshi ("Good Night, Children") beginning December 2002.[19]

Oxana has co-hosted the Eurovision Russian Finals and Junior Eurovision National Finals.[24][25] In 2008 and 2010, the Russian vote for Eurovision was announced by Fedorova.[26][27] 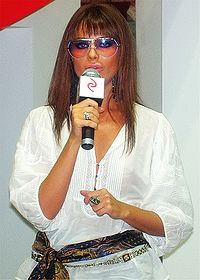 Oxana appeared on the catwalk at Russian Fashion Week in April 2008.[76]

She modeled a Tony Ward design at the Millionaire Fair 2008 in Moscow. [77]

Oxana and other Russian stars modeled at the Iceberg Spring/Summer 2009 Fashion Show.[78]

She modeled at the Elena Lenina by Suvenir Fashion Show in October 2009.[79]

The Formula of Style Book

[83] The book contains tips and advice on style and beauty. Autobiographical information and photos of Oxana also appear in the book.

Shortly after returning to her country, Fedorova decided to become active in Russian politics. From 2003-2005, she participated in the election campaigns of the Russian Party of Life.[84][85]

It is also of note that Fedorova was an agent for Sergey Mironov, leader of the Russian Party of Life, and Speaker of the Federation Council, the upper house of the Federal Assembly of Russia, during the 2004 presidential election.[86]

Oxana became co-chairman of the Energy of Life youth movement for the Russian Party of Life in 2003.[87]

Oxana Fedorova established the children's charitable foundation Спешите делать добро! (Speshite Delat Dobro!) ''Hurry To Create Wonders!'' in October 2009. The Ministry of Defense of Russia and the Russian Club of Orthodox Maecenases assisted in organizing the project. The foundation provides support to orphans and children who find themselves in difficult situations. Special attention is given to children whose parents were killed while serving the Ministry of Internal Affairs or the Russian Armed Forces. [88][89][90]

She has been involved in the children's charity program, "МИР БЕЗ СЛЕЗ" (World Without Tears) since 2004. The program is sponsored by Russia's VTB Bank.[91]

Oxana Fedorova is on the Russia Board of Advisors for the Russian Children's Welfare Society (RCWS).[92]

Fedorova has been representing UNICEF in Russia since May 2006. She became a UNICEF Goodwill Ambassador for the Russian Federation on September 17, 2007.[93][94][95]

In her capacity as a UNICEF Goodwill Ambassador, Oxana Fedorova has participated in various missions, including the joint UNICEF-Pampers "1 Pack = 1 Vaccine" tetanus campaign to the Democratic Republic of the Congo in September 2008,[96][97] and to the country of Laos in December 2010.[98] She has also taken part in the UNICEF Peace and Tolerance program in Dagestan, Russian Federation in July 2008 and 2009.[99] At the July 2009 Peace and Tolerance summer camp in Dagestan, Oxana was accompanied by Vera Krasova (Miss Russia Universe 2008) and Sofia Rudyeva (Miss Russia 2009).[100]

The joint UNICEF-Amway project "Улыбка ребенка" (The Child's Smile) is still another area of UNICEF activities which has received Oxana's support. Thanks to the project implementation, specially equipped play rooms and sensor rooms have been set up at social and medical facilities all over Russia. Children can visit such rooms where they can play, relax, learn something new and consult specialists in a comfortable environment conducive to easy-going communication.[101]

Fedorova and other Miss Russia titleholders of recent years sang together at a concert to honor International Children's Day in Moscow on June 1, 2009.[103][104]

In 2009, Oxana Fedorova was among several Russian celebrities who took part in the charity school program "Перекрёсток-школам" 2009 (Perekrestok Shkolam). The program aims to help improve the technical equipment of Russian schools. It is sponsored by Russia's X5 Retail Group N.V.[105][106]

Oxana Fedorova is the face of the project, "The Measured Icon: Its History and Its Present" whose goal is to revive the tradition of the Baptismal Icon. Oxana has opened Measured Icon exhibitions in several cities, including Pskov, Ufa and Saint Petersburg, Russia; Prague, Czech Republic; Tallinn, Estonia; Paris, France; Colombo, Sri Lanka, and Belgrade, Serbia. The exhibitions are organized by the Russian Club of Orthodox Maecenases.[107][108]

Protection of the Environment Campaign

The protection of the environment is important to Fedorova. In 2008, she participated in a campaign to promote nature friendly products. "The Eco Box" line was a collaborative effort of the World Wildlife Fund (WWF) and the Luxury Products, New York company. A part of the proceeds were directed to a program to protect and preserve the National parks of Russia.[109]