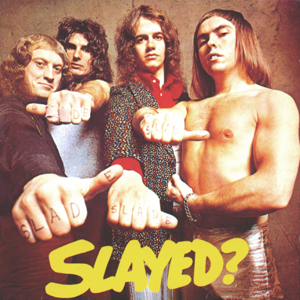 "Slayed?" is the third studio by the British glam/ group . It was released on , , and reached No. 1 on the UK charts.

The album contains two of the group's biggest hits; "Gudbuy t'Jane" and "Mama Weer All Crazee Now", and is consistently said by rock critics to be their "...greatest studio album," whereas fans tend to disagree and say that this accolade belongs to "Slade in Flame".

Bonus tracks on the 2006 remaster