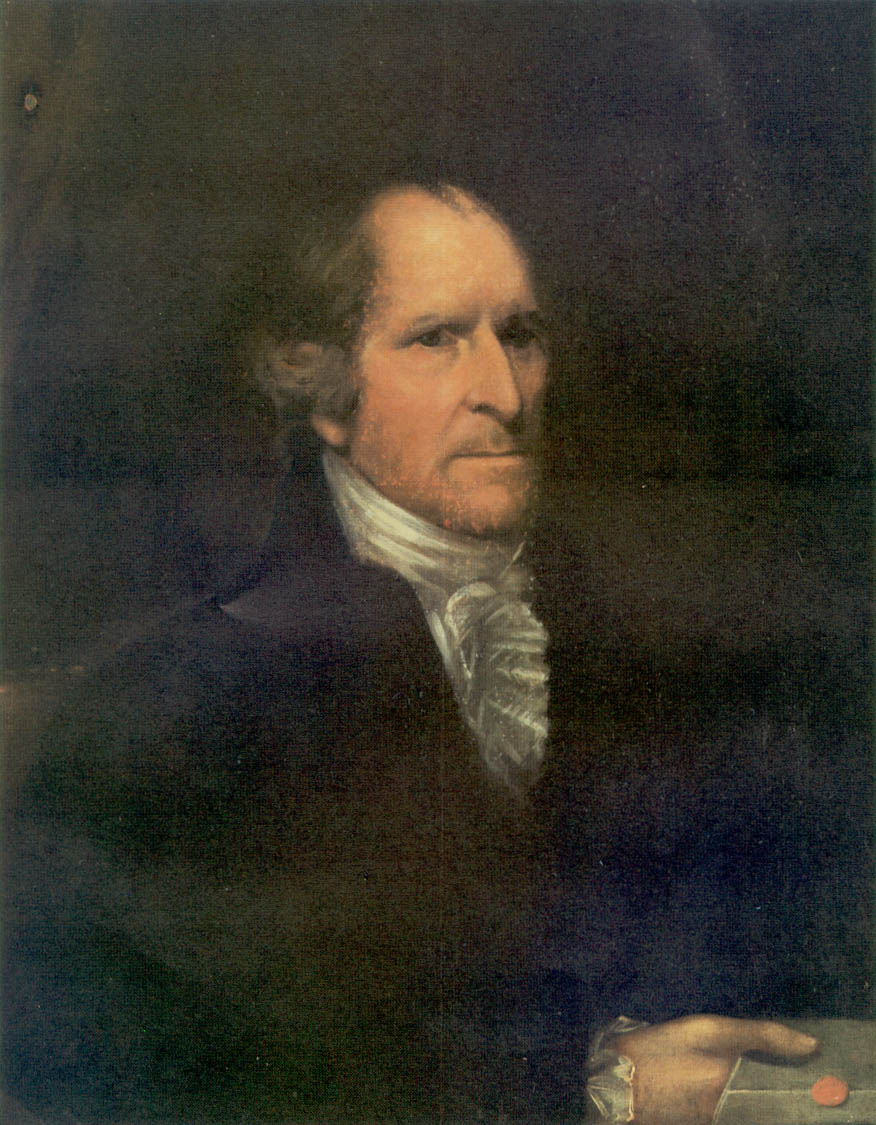 Timothy Pickering ( &ndash; ) was a politician from who served in a variety of roles, most notably as the third , serving in that office from 1795 to 1800 under Presidents and .

Pickering was born in to Deacon Timothy and Mary Wingate Pickering. He was one of nine children and the younger brother of John Pickering (not to be confused with the New Hampshire judge) who would eventually serve as Speaker of the Massachusetts House of Representatives. [Mary Pickering, sister of Timothy, was married to Salem Congregational minister Dudley Leavitt, for whom Salem's Leavitt Street is named. A Harvard-educated native of , Leavitt died an untimely death in 1762 at age 42. Mary Pickering Leavitt remarried Nathaniel Peaselee Sargeant of Haverhill, Justice of the Supreme Judicial Court of Massachusetts. Mary Pickering's daughter Elizabeth Pickering Leavitt married Salem merchant William Pickman. [http://books.google.com/books?id=x24MAAAAYAAJ&pg=PA105&lpg=PA105&dq=%22dudley+leavitt%22+salem+death&source=web&ots=ClrSsTuN2q&sig=WpD1vO57neZYZn4kRonb2AzuFfc&hl=en&sa=X&oi=book_result&resnum=10&ct=result] ] He attended grammar school in Salem and graduated from in 1763. Salem minister noted on Pickering: "From his youth his townsmen proclaim him assuming, turbulent, & headstrong." ["The Diary of William Bentley, D.D., Pastor of the East Church, Salem, Massachusetts", 4 vols. (Gloucester, Mass.: Smith, 1962), 3:352.]

After graduating from Harvard, Pickering returned to Salem where he began working for John Higginson, the town clerk and register of deeds. Pickering was admitted to the Massachusetts Bar in 1768 and, in 1774, he succeeded Higginson as register of deeds. Soon after, he was elected to represent Salem in the and served as a justice in the Essex County Court of Common Pleas. On April 8, 1776, he married Rebecca White of Salem. [Octavius Pickering and Charles W. Upham, "The Life of Timothy Pickering", 4 vols. (Boston: Little Brown, 1867-73), 1:7-15, 31.]

In January 1766, Pickering was commissioned a lieutenant in the Essex County militia. He was promoted to captain three years later. In 1769, he published his ideas on the drilling soldiers in the Essex Gazette. These were published in 1775 as "An Easy Plan for a Militia." [Pickering and Upham, "Life of Timothy Pickering", 1:85.]

In December 1776, he led a well-drilled regiment of the Essex County militia to New York, where General took notice and offered Pickering the position of of the in 1777. In this capacity he oversaw the building of the which was forged at the . The chain blocked the Royal Navy from proceeding up the Hudson River past West Point and protected that important fort from attack for the duration of the conflict. He was widely praised for his work in supplying the troops during the remainder of the conflict. In August 1780, the elected Pickering . [Pickering and Upham, "Life of Timothy Pickering", 1:34-139, 251-522; 2:69-508; Gerard H. Clarfield, "Timothy Pickering and the American Republic" (Pittsburgh: University of Pittsburgh Press, 1980), 47-144; Edward Hake Phillips, "Salem, Timothy Pickering, and the American Revolution," "Essex Institute Historical Collections" 111, 1 (1975): 65-78; David McLean, "Timothy Pickering and the Age of the American Revolution" (New York: Arno Press, 1982).]

After the end of the American Revolution, Pickering made several failed attempts at financial success. In 1783, he embarked on a mercantile partnership with Samuel Hodgdon that failed two years later. In 1786, he moved to the in Pennsylvania where he assumed a series of offices at the head of . When he attempted to evict Connecticut settlers living in the area, Pickering was captured and held hostage for nineteen days. In 1787, he was part of the Pennsylvania convention held to consider ratification of the . [Pickering and Upham, "Life of Timothy Pickering", 1:532-35; 2:140-73, 182-325, 369-445; Clarfield, "Pickering and the Republic", 85-115; Jeffrey Paul Brown, “Timothy Pickering and the Northwest Territory,” "Northwest Ohio Quarterly" 53, 4 (1982): 117-32.]

After the first of Pickering's two failed attempts to make money speculating in frontier land, now-President Washington appointed him commissioner to the Indians; and Pickering represented the United States in the negotiation of the with the Iroquois in 1794.

Washington brought Pickering into his cabinet, as Postmaster General in 1791. He remained in Washington's cabinet and then that of John Adams for nine years, serving as postmaster general until 1795, Secretary of War for a brief time in 1795, then Secretary of State from 1795 to 1800. As Secretary of State he is most remembered for his strong attachments to English causes, even willingness to wage war with France in service of these causes during the Adams administration.

After a quarrel with President over Adams's plan to make peace with , Pickering was dismissed from office in May 1800. In 1802 Pickering and a band of Federalists, agitated at the lack of support for Federalists, attempted to gain support for the secession of New England from the Jeffersonian United States. The irony of a Federalist moving against the national government was not lost among his dissenters. He was named to the as a senator from in 1803 as a member of the . He lost his senate seat in 1811, and was elected to the in , where he remained until 1817. His congressional career is best remembered for his leadership of the secession movement (see and the ).

After Pickering was denied re-election in 1816, he retired to Salem, where he lived as a farmer until his death in 1829, aged 84. In 1942, a named the SS "Timothy Pickering" was launched. She was lost off in 1945. Until the 1990s, Pickering's ancestral home, the circa 1651 , was the oldest house in the United States to be owned by the same family continually.