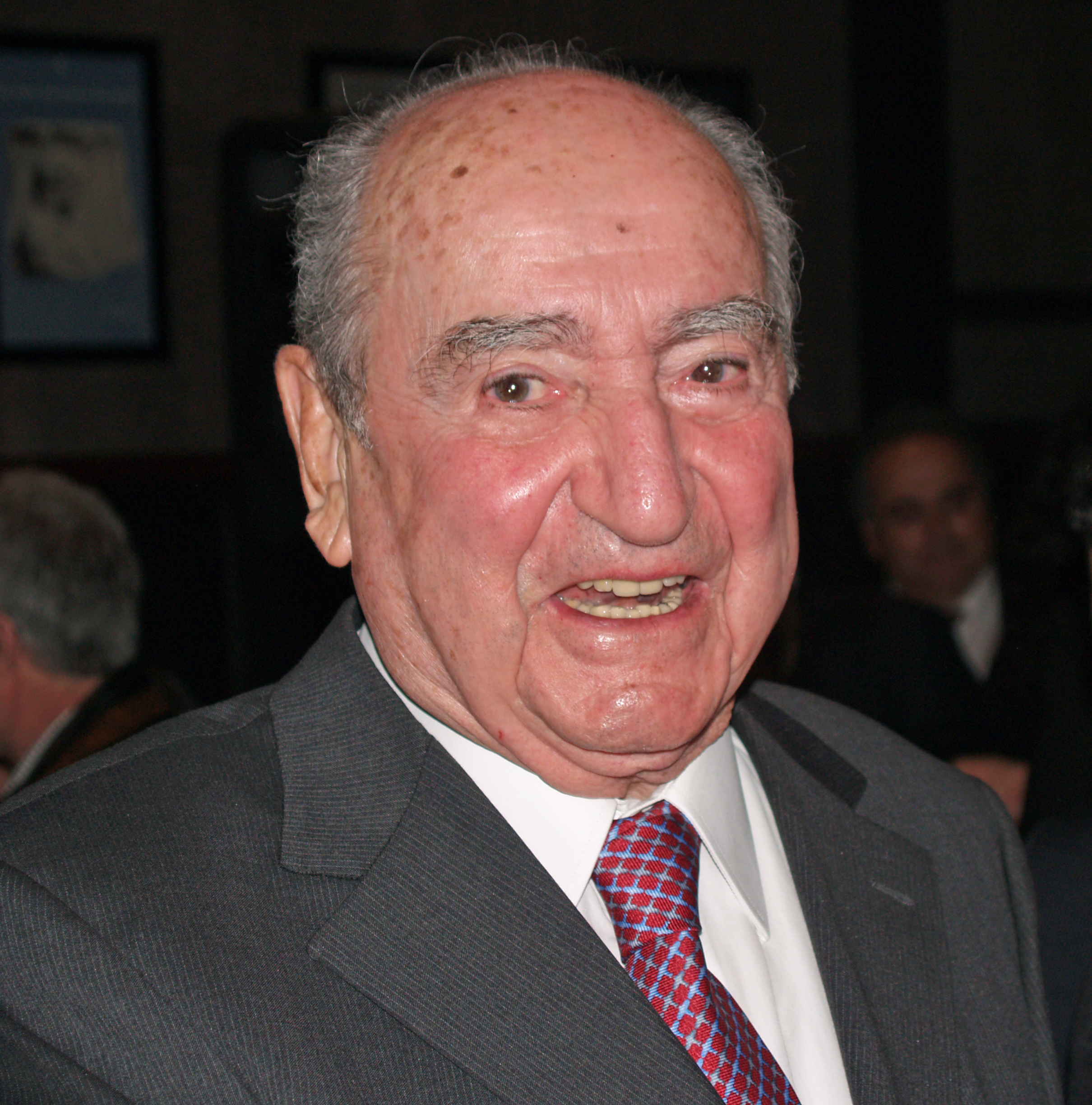 Constantine Mitsotakis ( _el. Κωνσταντίνος Μητσοτάκης or Konstantinos Mitsotakis) (born , ), Greek politician, was born in , . Like most Greek politicians, he came from a political family: his father and grandfathers were members of parliament, and the great liberal leader was his uncle. He graduated in law and economics from the and was elected to the Greek Parliament for the first time in 1946, standing for the Liberal Party in his native prefecture of , .

As a relative of Venizelos, Mitsotakis was a traditional Greek liberal, and a member of George Papandreou's Party. But in 1965 he led a group of dissidents known as the "" or "" who crossed the floor to bring about the fall of Papandreou's government, which earned him the undying hatred of Papandreou loyalists as well as a significant part of greek society. He was arrested in 1967 by the military junta but managed to escape and lived in exile until his return in 1974.

In 1974 he campaigned as an independent and failed to be elected to Parliament. He was re-elected in 1977 as member of the small and in 1978 he joined 's New Democracy party. He served as minister for economic coordination from 1978 to 1980, and as minister for foreign affairs from 1980 to 1981.

The ND(New Democracy) government was defeated by 's in 1981, and in 1984 Mitsotakis succeeded as ND leader. He and Andreas Papandreou, the son of George Papandreou, dominated Greek politics for the next decade: their mutual dislike dated back to the fall of George Papandreou's government in 1965. Papandreou, embroiled in the scandal, lost his parliamentary majority in the elections of June 1989, but despite ND's clear placement as a first party, Mitsotakis was unable to form a government. The reason was that in a controversial move, Papandreou's government had modified the election system a few months earlier, so that no one-party government could be formed unless the first party gathered 50% of the vote. After a period of parliamentary deadlock, fresh elections in April 1990 produced a narrow ND parliamentary majority but not enough to form a government, and Mitsotakis became Prime Minister with one vote from an independently elected member of the parliament. Therefore, despite having won one of the most decisive victories in Greek modern political history, his government's parliamentary support was however fragile, depending on a single parliament member.

Mitsotakis's government moved swiftly to cut government spending as much as possible, privatise state enterprises and reform the civil service. In foreign policy, Mitsotakis moved to reopen talks on bases in Greece and to restore confidence among Greece's economic and political partners. In June 1990, Mitsotakis became the first Greek premier to visit the United States in 26 years. He promised to meet Greece's obligations, to prevent use of Greece as a base for terrorism, and to stop the rhetorical attacks on the United States that had been Papandreou's hallmark. Mitsotakis also supported a new dialogue with , but made progress on a prerequisite for improvement on other issues.

Papandreou, cleared of charges arising from the Bank of Crete scandal in a 4-3 vote at the Eidiko Dikastirio (a special jury that is particularly set up in Greece in cases of charged politicians. Mitsotakis is also accused of having paid false witnesses in order to send Papandreou to jail. This accusation is made by the owner of newspaper whowas funding the party of New Democracy and claims that his money was used for this purpose without his consent.), criticised Mitsotakis's government for its economic policies, for not taking a sufficiently strict position over the name Macedonia of the new northern neighbour and Cyprus and for being too pro-American. The heightened public irritation over the Macedonia issue with the neighbouring caused several ND parliament members, led by , to withdraw their support from Mitsotakis' government and form a new political party, ("Politiki Anoiksi"). Mitsotakis' government had already restored the election system back to its original form, which allowed Papandreou's PASOK to obtain clear parliamentary majority after winning the premature 1993 elections and return to office. Mitsotakis then resigned as ND leader, although he remained the party's honorary chairman.

In January 2004 Mitsotakis announced that he would retire from Parliament at the elections, 56 years after his first election. His son, , is an ND Member of Parliament and his daughter, , is the and seen as a future party leader. Mitsotakis's main interest outside politics is Cretan antiquities. He developed a large collection of Minoan and other Cretan antiquities, which he has now donated to the Greek state.

On the 9th of January 2007, Mitsotakis had a double bypass surgery at in Athens.