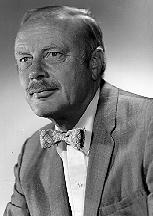 Chalmers began his as an at . He obtained his medical degree from in 1943. He spent one year as an intern at the , and completed his residency at the Boston City Hospital.

Chalmers' interest in medical research began while working for the United States Army in Japan, where he conducted s investigating the treatment of among soldiers. After returning to the United States, he spent 13 years as the chief of medical services at [http://www.mass.gov/?pageID=eohhs2subtopic&L=6&L0=Home&L1=Government&L2=Departments+and+Divisions&L3=Department+of+Public+Health&L4=Programs+and+Services+K+-+S&L5=Public+Health+Facilities&sid=Eeohhs2 Lemuel Shattuck Hospital] in Boston. He also held academic positions at and . From 1968 to 1973 he held a number of appointments in : assistant director at the , followed by concurrent positions as associate director of the (NIH) and Director of the [http://www.cc.nih.gov/ NIH Clinical Center] .

After leaving Mount Sinai, he became Chairman of the Board of Directors of the , .

Chalmers was president of the [http://publish.aasld.org/Pages/Default.aspx American Association for the Study of Liver Disease] (1959) and president of the (1969). In 1981, he was awarded the Jacobi Medallion by the Mount Sinai Alumni "for distinguished achievement in the field of medicine or extraordinary service to the Hospital, the School, or the Alumni." [cite web | url = http://www.mssm.edu/alumni/awards/jacobi.shtml | title = The Jacobi Medallion | publisher = The Mount Sinai Alumni]