The Jersey City Public Schools is a comprehensive community public school district located in Jersey City, New Jersey. The district is one of 31 Abbott Districts statewide.[3]

The district is classified by the New Jersey Department of Education as being in District Factor Group "B", the second lowest of eight groupings. District Factor Groups organize districts statewide to allow comparison by common socioeconomic characteristics of the local districts. From lowest socioeconomic status to highest, the categories are A, B, CD, DE, FG, GH, I and J.[4]

Dr. Ronald E. McNair Academic High School was previously ranked as the top high school in New Jersey according to New Jersey Monthly magazine. William L. Dickinson High School is the oldest high school in the city and James J. Ferris High School is represented by some of the top students of Jersey City who are members of the National Academy Foundation Magnet Programs. Academy I Middle School, one of the top middle schools in the country. Has been recognized with several achievements, including first place in the Lexus Environmental Challenge in 2008.

Dr. McNair Academic High School was named as a "Star School" by the New Jersey Department of Education, the highest honor that a New Jersey school can achieve, in the 1994-95 school year.[5]

Alexander D. Sullivan School was recognized by Governor Jim McGreevey in 2003 as one of 25 schools selected statewide for the First Annual Governor's School of Excellence award.[6] 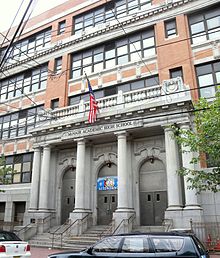 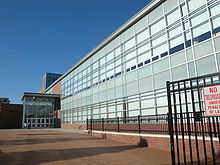 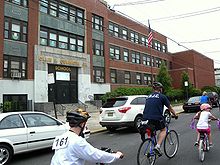 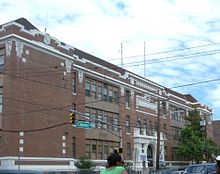 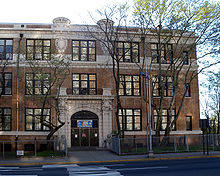 Core members of the district's administration are:[7]

"[The] Jersey City Board of Education is comprised of nine, hard-working individuals elected by the residents of Jersey City. [They] work as advocates for our children and families, act as advisors to the Superintendent and the schools’ administrators, and serve as liaisons between the schools and the people of our community. [Members] are elected to three-year terms, and fulfill our responsibilities without benefit of pay or other compensation."[7]