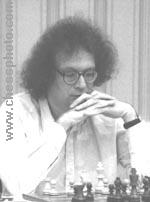 Jonathan Simon Speelman (born ) is an English player, a Grandmaster, a mathematician, and a chess writer.

He was educated at . He studied at university, earning his Doctorate.

Speelman's highest ranking in the list was equal fourth in the world, in January 1989. [ [http://chess.eusa.ed.ac.uk/Chess/Trivia/AlltimeList.html All Time Rankings] ]

In 1989 Speelman beat Kasparov in a televised speed tournament, and then went on to win the event. Speelman is noted for his imaginative style, often choosing unobvious ways to carry on his games.

He has written a number of books on chess, including several on the endgame, among them "Analysing the Endgame" (Batsford, 1981), "Endgame Preparation" (Batsford, 1981) and "Batsford Chess Endings" (Batsford, 1993, co-author with and Robert Wade). Among his other books are the critically acclaimed "Jon Speelman's Best Games" (Batsford, 1997), and "Best Games 1970-1980", a thesis-like analysis of nearly 50 of the best games by top players from that decade.

In the April 2007 FIDE list Speelman had an of 2518, making him England's 12th-highest rated active player.

He is also known as "Spess," short for "specimen," one of the many misspellings of his name in the press over the years.

Married to Lyndsey Thomas, they have a son, Lawrence, born in January 1994.