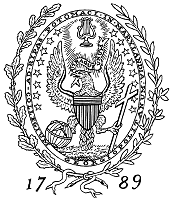 Today, the school is home to over 1,900 students each year, representing over 70 nationalities. It offers a liberal arts undergraduate program, leading to the Bachelor of Science in Foreign Service, as well as six interdisciplinary graduate programs. Its faculty include many distinguished figures in international affairs, such as former U.S. Secretary of State , former U.S. Director of Central Intelligence , former President of Poland , and former Prime Minister of Spain .

The School of Foreign Service is widely recognized as one of the nation's leading schools in international affairs and is sometimes referred to as the "West Point of the U.S. diplomatic corps." [ [http://www.spiritus-temporis.com/edmund-a.-walsh-school-of-foreign-service/ Edmund A. Walsh School of Foreign Service] ] "" magazine ranked the school's undergraduate program fourth in the nation and its master's programs first in the nation. ["Foreign Policy", [http://www.foreignpolicy.com/users/login.php?story_id=3718&URL=http://www.foreignpolicy.com/story/cms.php?story_id=3718 "Inside the Ivory Tower"] ] Famous alumni include former U.S. President , current Philippine President , King Abdullah of Jordan, John Cardinal O’Connor, and , Chairman of the Presidency of Bosnia and Herzegovina.

The school has evolved from its original emphasis on diplomacy and law to become a center for research and teaching on global affairs. Faculty are today drawn from disciplines such as political science, history, economics and cultural studies, as well as from business, the non-profit sector and international organizations.

The school has about 1,500 undergraduates seeking a Bachelor of Science in Foreign Service (B.S.F.S.) degree. The undergraduate program is intended to provide a liberal arts education in international affairs. In this regard, the SFS is not a pre-professional school. Undergraduates may concentrate in International Politics (IPOL), International History (IHIS), Culture and Politics (CULP), International Economics (IECO), (IPEC), Regional and Comparative Studies or (STIA). The STIA program was the first of its kind. Harvard and Georgia Tech, among others, now have STIA programs as well.

Graduate students can pursue six graduate programs: four regional studies programs as well as the Master of Science in Foreign Service (MSFS) and the Master of Arts in Security Studies Program.Graduates go on to international occupations in the public and private sectors. Alumni include current (Jordan, the Philippines, and Bosnia), future (Spain), and recent past (United States) heads of state. The current dean of the school is Amb. . Notable faculty members at the Walsh School of Foreign Service or at include former US Secretary of State , former Undersecretary of Defense , former Polish President , former National Security Advisor , Ambassador , , former Malaysian Deputy Prime Minister and current Malaysian Opposition Leader , former Dean , former head and Special Envoy for , and former Prime Minister of Spain .

In 2007, "" magazine ranked SFS the best school for master's degrees in international affairs.

The school has published the "Georgetown Journal of International Affairs" semi-annually since 2000. Each issue includes a "Forum", containing in-depth analysis of particular issues, and nine regular sections. The "Journal" circulates nearly 5,000 copies of each issue. [ [http://www12.georgetown.edu/sfs/publications/journal/about.cfm "Georgetown Journal of International Affairs", official site] ]

The School of Foreign Service's main campus is in and it also has a branch at in , . Undergraduate students also have the opportunity to study at Georgetown's villas in , and , Italy.

Georgetown University's undergraduate campus and medical school campus are situated on an elevated site above the , overlooking . The main gates, known as the "Healy Gates", are located at the intersection of 37th and O Streets, NW. is on a property adjacent to the northwestern part of the undergraduate campus on Reservoir Road, and is integrated with . Georgetown Visitation, a private Roman Catholic high school, is on land adjoining the main campus. [cite web |url=http://www.visi.org/about_visitation/mapdirections.aspx |title= About Visitation: Map & Directions| work= [http://www.visi.org/ Georgetown Visitation] |accessdate= 2007-03-28]