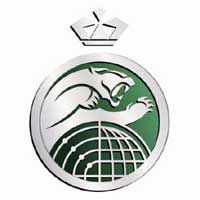 The Serious Organised Crime Agency (SOCA) is a of the and a national agency in the . The agency is charged with reducing the harm caused by organised crime, including the , , and .

SOCA operates with greater powers in than in and and as such works with the and the Northern Ireland Organised Crime Taskforce, which share some of its functions in their respective jurisdictions.

SOCA formally came into being on following a merger of the , the , the (NHTCU), the investigative and intelligence sections of on serious drug trafficking, and the Immigration Service's responsibilities for organised immigration crime. The Serious Fraud Office remains as a separate agency.

The creation of the agency was announced on as one of the elements of the , which also restricts protests and demonstrations in , and alters powers of arrest and the use of search warrants.Parallels have been drawn between the organisation and the of the : indeed, parts of the press have labeled SOCA the "British FBI." [ [http://news.bbc.co.uk/1/hi/uk/4163871.stm New Powers for British FBI] ] The duties and functions of SOCA, however, are more akin to that of . Additionally, comparisons with the FBI and ICE are not strictly accurate due to non-federal nature of the , and the completely different structure of policing. Police forces will continue to deal with most crime whilst SOCA will assist forces and also work independently with regards to serious organised crime. SOCA is an intelligence agency which has the role of "reducing harm", not specifically the arrest and conviction of offenders.

SOCA does not deal with issues of national security and does not have a counter terrorism or counter intelligence role like the FBI. The Security Service and are the lead national units in this area [ [http://www.met.police.uk/so/counter_terrorism.htm Metropolitan Police Counter Terrorism Command] ] . Scotland Yard also has important national resources such as the which is often involved in major national and international criminal investigations. [ [http://www.policeoracle.com/news/Overseas-Police-Unit-May-Be-Set-Up_15494.html Overseas Scotland Yard Unit to be Set Up - The Guardian - February 2008] ] Other important national agencies include the which provides analysis and support to law enforcement agencies and the which is a national scientific resource, along with the Laboratory of Government Chemist (). Major , Corruption and investigations both at home and abroad are headed by the [ [http://www.cityoflondon.police.uk/CityPolice/ECD/ City of London Police Economic Crime Department] ] and .

There has been criticism of SOCA Officers shouting 'Stop Armed Police' in order to apprehend armed subjects by the Police Federation of England and Wales, as SOCA officers arenot police officers. However SOCA has argued that the term SOCA or Serious Organised Crime Agency may not be understood by criminals and that 'Stop Armed Police' is universally understood. [ [http://www.polfed.org/0106news_p6.pdf Police Federation: Concern Over Status of (Armed) SOCA Officers] ] Unlike the FBI who have a , SOCA does not deal with Armed Hostage Situations, such incidents in the UK are generally dealt with by the Metropolitan Police and the Anti-Terrorism Team. [ [http://www.sasregiment.org.uk/troops.html SAS Anti Terrorism Team] ] [ [http://www.timesonline.co.uk/article/0,,2-2559186,00.html SAS Moves to London in Terrorism Fight - The Times (London)] - January 2007 ]

Former National Crime Squad detective Peter Blekesley said SOCA "needs to be elite. It needs to be secretive to a certain degree. To catch people in the highest echelon of organised crime needs a lot of dedication, a lot of expertise, a lot of officers who are multi-skilled, and devotion to the task. It's not an easy thing to take out the top people who are top of the criminal pile." [cite news|publisher=|title=New 'FBI-style' agency launched|date= |url=http://news.bbc.co.uk/1/hi/uk/4867108.stm]

SOCA is subject to similar internal and external safeguards as the police service. The SOCA Standards Department is responsible for receiving, investigating and monitoring the progress of public complaints about the misconduct of SOCA officers. Serious complaints regarding SOCA are dealt with by the (IPCC) [ [http://www.ipcc.gov.uk/news/pr270406_soca.htm IPCC to oversee public complaints against SOCA] ] .The IPCC will decide the appropriate method of investigation. In general terms, the IPCC will handle complaints against SOCA officers in the same manner as complaints against Police Officers or officers of . The Police Ombudsman of (PONI) will deal with complaints in . In , this will be the responsibility of the . There will also be a inspection regime for SOCA, provided through (HMIC).

According to Home Office figures Organised Crime costs the UK around £20 billion each year, with some estimates putting the figure as high as £40 billion. [ [http://www.homeoffice.gov.uk/crime-victims/reducing-crime/organised-crime Home Office figures on organised crime] ]

The agency is an executive non-departmental public body sponsored by, but operationally independent from, the . It is funded by central government, with a provisional budget for 2006/7 of £457m, of which £416m funds on-going resources and £41m is capital investment. [ [http://www.soca.gov.uk/faqs/index.html FAQs] from SOCA website.] . It will have around 4,200 employees, of which 400 are backroom staff. Of the remaining workforce, half will be criminal investigators and the other half will focus on analysis and intelligence. SOCA will co-operate closely with the , intelligence agencies, HM Revenue and Customs, foreign police forces and others. From April 2008, the Assets Recovery Agency is to become part of SOCA.

It is led by a board with 11 members. The non-executive chairman, responsible for the overall approach of SOCA, is Sir , a former head of . The other non-executive directors of the board are Stephen Barrett, Elizabeth France, Ken Jarrold, and General Sir Roger Wheeler. Day-to-day leadership is provided by the Director General, Bill Hughes, who is able to designate SOCA officers as having the powers of a police constable, a customs officer, or an immigration officer. The other executive directors of the board are David Bolt, Malcolm Cornberg, and Trevor Pearce. [ [http://www.soca.gov.uk/aboutUs/governance.html Governance] from SOCA website.] The agency's headquarters are in , South London, not far from Westminster and the . [cite web
url=http://homepage.ntlworld.com/alan-turnbull/secret.htm
title=Alan Turnbull’s "Secret Bases"]

The board has decided that around 40% of its effort should be devoted to combating drug trafficking, 25% to tackling organised immigration crime, around 10% to fraud, 15% on other organised crime and the remaining 10% on supporting other law enforcement agencies. [ [http://www.soca.gov.uk/aboutUs/aims.html Aims] from SOCA website.]

The Agency has had to deal with the effects of significant budget cuts that have affected both its strategy for dealing with organised crime and its ability to retain experienced police officers. [cite web |url=http://www.timesonline.co.uk/tol/news/uk/crime/article3919686.ece |title=Soca abandons hunt for crime lords |publisher=Time Online |date= ]

SOCA operates from at least 40 offices across the UK. SOCA officers are empowered to perform a number of surveillance roles traditionally associated with British intelligence services such as , although, unlike MI5 officers, some designated SOCA officers enjoy powers of arrest. SOCA is exempt from the provisions of the Freedom of Information Act.

SOCA acts as the UK point of contact for , and the .

In this capacity SOCA maintains the following functions:

* Single point of contact for International enquiries from SOCA and all UK Police and law enforcement agencies.

* 24/7 capacity for Interpol with direct connections to their databases and provides a specialist service to Europol through our Europol Liaison Officers.

* Coordination of all inbound and outbound Cross Border Surveillance requests with Schengen partners.

* Dedicated Fugitives Unit that acts as the UK Central Authority for all European Arrest Warrants (EAW).

SOCA takes over responsibility for dealing with s (SARs), previously made to NCIS under the money laundering legislation. NCIS received just under 200,000 SARs in 2005. Despite criticism from professional representative bodies that the disclosure rules are too broad, SOCA has said that up to one in three SARs lead to or add substantially to terrorism investigations; that estimates that around one in five SARs identifies new subjects of interest, and one in four SARs lead to direct tax enquiries; and that many arrests and confiscations of criminal assets. [ [http://www.soca.gov.uk/financialIntel/index.html Financial Intelligence] from SOCA website.]

Subject to the passing of the necessary legislation, the will become part of the Serious Organised Crime Agency from April 2008. Both ARA and SOCA are committed to maintaining their efforts in the recovery of criminal assets during the transition. The power to launch proceedings has been extended to the three main in and ; the (CPS), the (RCPO) and the (SFO). It will also be extended to the in and the in . [ [http://www.assetsrecovery.gov.uk/AboutARA/ Proposed merger of the Assets Recovery Agency and the Serious Organised Crime Agency] ]

The (CEOP) is technically part of SOCA and its officers are SOCA officers. However, CEOP largely operates separately to the bulk of SOCA. The task of online child protection had previously been (in part) the responsibility of the NHTCU. CEOP recently announced the opening of the CEOP Academy, designed to be a centre of excellence in this area of law enforcement. [ [http://www.ceop.gov.uk/training/ceopacademy.html CEOP Academy] ] CEOP works in conjunction with New Scotland Yard Child Abuse Investigation Command which has its own hi-tech unit. [ [http://www.met.police.uk/scd/specialist_units/child_abuse.htm Child Abuse Investigation Command - New Scotland Yard] ]

Officers from the former (NHTCU) became SOCA's e-crime unit. However, the remit of this unit is much narrower than that of the body it replaced. In particular, the NHTCU had established a confidentiality charter to encourage victims of to contact the police in confidence, because many corporate victims in particular do not report attacks due to fears of bad publicity. The loss of the confidentiality charter has been widely criticised. [cite news |last=Bennett |first=Madeline |url=http://www.itweek.co.uk/2153704 |title=British FBI drops Confidentiality Charter for IT crime victims |publisher=IT Week |date=2006-04-07 |accessdate=2007-03-14] [cite news |last=Clayton |first=Richard |url=http://www.lightbluetouchpaper.org/2006/02/06/mysterious-and-menacing/ |title=Mysterious and Menacing |publisher=Light Blue Touchpaper, Cambridge University security blog |date=2006-02-06 |accessdate=2007-03-14] The Metropolitan Police is to help bridge the gap left by the disbandment of the NHTCU through an expansion of its Computer Unit and the formation of the Police Central e-crime Unit (PCeU), which will work closely with the new National Fraud Reporting Centre (NFRC) from 2009. [ [http://www.computerweekly.com/Articles/2008/09/30/232508/government-pledges-funding-for-e-crime-unit.htm Government pledges funding for e-crime unit - 30 Sep 2008 - Computer Weekly ] ]