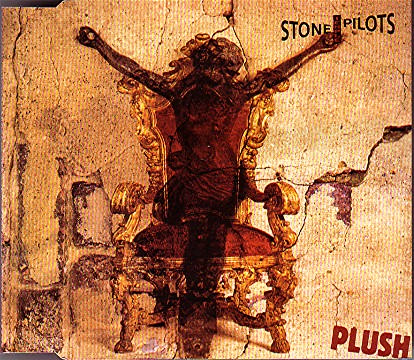 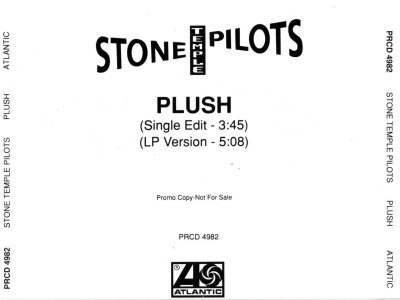 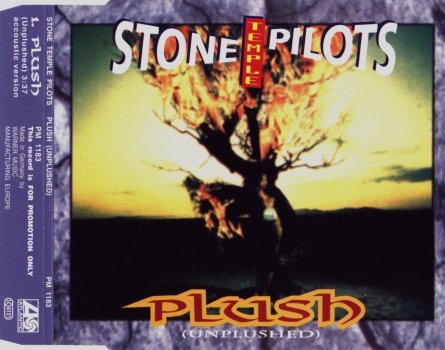 "Plush" is a song by the American rock band . It is one of the band's biggest hits, and was composed and written by singer , drummer and bassist for STP's debut album, "Core" (see ).

Weiland and Stone Temple Pilots guitarist performed an acoustic version of "Plush" on the show "" that was also very popular. It was originally only available on a CD single from England for their single, "Creep", but is now featured on the band's "greatest hits" compilation, "Thank You", along with the original electric version.

The song's chord structure was inspired by DeLeo's love of music, and its lyrics were loosely based on a newspaper article Weiland had read about a girl who had been found dead in an area outside of . Weiland has also said that the song's lyrics are a metaphor for a failed relationship.

The award-winning , directed by , was released in 1993 and had heavy rotation on . It combines a visual interpretation of the song's lyrics with footage of a red-haired Weiland singing with the band as a lounge act in an empty bar. There are two different versions of this video, with minor but very noticeable differences. For example, in the version that appears on the "Thank You" Bonus DVD, the last shot of the video is a woman looking at a mirror image of herself and viewing her whole body while the mirror image drifts away. In another version, she's looking at a mirror image of her face, with water (possibly rain) dripping down the reflection.

Notable appearances of the song

*It also has been featured in the video game "" on Radio X.
*The song was on "" video game soundtrack.
*"Plush" is featured on the American version of "".
* has covered the song during live performances.

*'s former band has occasionally covered "Plush".
*MLB pitcher covered the song on his debut album "".
*Retired MLB player also covered the song in 2005 on the album "Oh Say Can You Sing?".
* of has covered an acoustic version of the song.