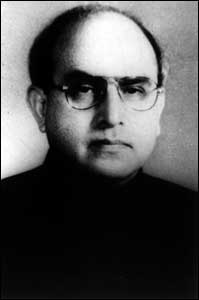 Leghari was born in , a village of , Punjab on May 29, 1940 during the . He comes from a political family that has been active in politics in this part of the world since the pre-colonial days. His father and grand father had both been ministers.

After his initial schooling at , Lahore where he was the head boy and declared the Best Leaving Student of 1957. He graduated with honours from the , , Punjab where again he was amongst the best students, he went on to study PPE at College .

After returning to he joined the Civil Service and served for some time in (now ). On the death of his father he resigned from service and came back to his roots to look after the tribal affairs of his tribe. He is the head () of the tribe.

He joined the , and was made leader of the party upon the imprisonment of . He was put under house-arrest several times during the military regime of General .

In 1993, with the express support of the Pakistan Peoples Party he ran for the office of President and won the election against . In November 1996, utilizing his powers under Article 58 2(b) of the Constitution of Pakistan [ [http://www.pakistani.org/pakistan/leghari.order.html President Leghari's Order of November 5, 1996] ] , he dismissed the Peoples' Party Government of on charges of corruption, lawlessness and extra judicial killings.

Following the word of the he held elections for the National Assembly in 1997. The elections were won by the and was elected Prime Minister. A decisive majority in the lower house of parliament led the Sharif Government to remove the controversial 8th amendment from the constitution of Pakistan. Leghari saw this as a threat to his power and conspired with the Chief Justice of the Supreme Court, , to sack the Sharif Government. This led to an uprising against him and Shah, forcing both to resign.

Formation of Millat Party and coalition with PML-Q

Instead of retiring from politics, he went on to create his own political party, the , which entered into a coalition of seven parties, known as National Alliance, to participate in the general elections of 2002. The National Alliance, emerged as the 3rd largest group in the parliament and won 13 seats in the National Assembly. He entered in a coalition with the majority party to form the government, and his son was made a federal minister for Telecom and IT, as a consequence, and another of his deputies also was inducted in the Federal cabinet. Later and his niece from his party were inducted into the Federal Cabinet.

With National Alliance being merged with ruling in May 2004 to form united Pakistan Muslim League, Farooq Leghari also became the member of the newly constituted party, with his son Awais Leghari being one of its senior vice presidents.

His elder son Jamal Leghari has recently been elected to the . His daughter Faryal Leghari is an analyst and researcher in Security & Terrorism Studies at the Gulf Research Center in Dubai.

The contemporary press on Leghari

* [http://www.state.gov/www/global/human_rights/1996_hrp_report/pakistan.html US Department of State----Pakistan Country Report on Human Rights Practices for 1996 under Leghari/Benazir Government]