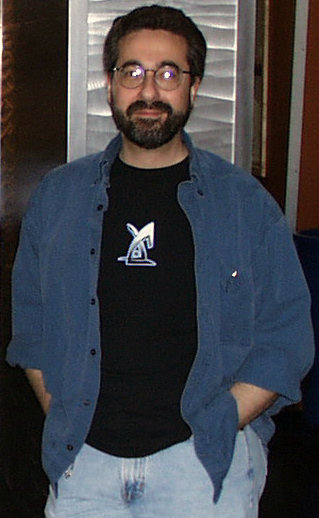 Warren Spector is a veteran computer game designer. He is known for having worked to merge elements of role-playing games and first-person shooters. He currently resides in with his wife, fantasy writer Caroline L. Skelley.

Spector earned his BSc in Communications at and MA in Radio-TV-Film at the in Austin.

Before entering the computer game industry, Spector worked for producing s. Most notably, he developed "Toon" with colleague and high school buddy . In 1987 he was hired by , where he spent some time in their R&D department, helping launch among other things, "". He is also credited with working on "Top Secret/S.I."

Subsequently he worked with and . He worked on games including ' and ', "", and worked briefly on "Dark Camelot", which later became '. Later he founded Ion Storm Inc.'s Austin branch, which went on to develop "", ', and "" before being closed by owners in February .

In , Spector left Ion Storm to "pursue personal interests outside the company".

Warren Spector appears in many of the games which he helped design. In ' and ' he appears as the scientist Johann Schliemann Spector, alias Zipactriotl. In ' he appears as the corrupt treasurer Spektor. In the first ' title, he appears as "an upset specter named Warren". In "" he voices one of the log files. In "", the face of the character "Ford Schick" was modelled after him; in addition, "iamwarren" is one of the game's cheats (it causes electronic devices in the player's vicinity to malfunction spectacularly, a joke by the development team).

Spector is usually credited as a producer, except for "Deus Ex" on which he is also credited as project director.