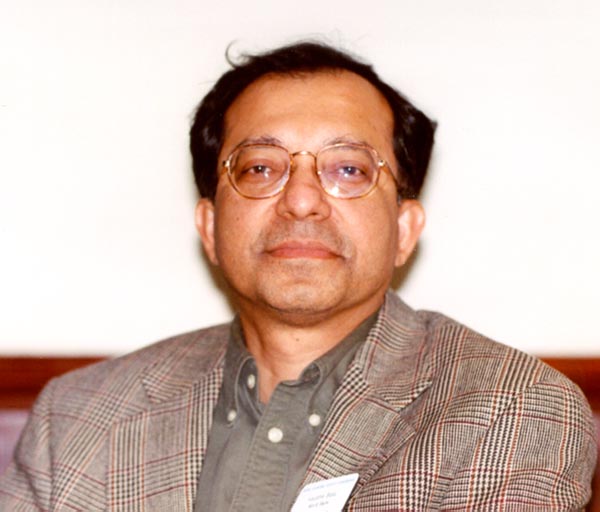 Kaushik Basu (born , ) is an n . He is the C. Marks Professor of International Studies and Professor of Economics and Director, Program on Comparative Economic Development at . He was born in and received his early education there, at St. Xavier's School. In 1969 he moved to Delhi to do his undergraduate studies in Economics from St. Stephen's College and then he went on to the London School of Economics, from where he received his M.Sc. (Econ) in 1974 and PhD in 1976. He did his Ph.D. under the supervision of , in the area of choice theory and welfare economics.

Over the years Kaushik Basu has held visiting positions at the Institute for Advanced Study (Princeton), CORE (Louvain-la-Neuve) and the (where he was Distinguished Visitor in 1993); he has been Visiting Professor at MIT, Harvard and Princeton; and Visiting Scientist at the . A Fellow of the and recipient of the , Kaushik Basu has published scientific papers in , , industrial organization and political economy, and crafted the [Cite journal
author = Kaushik Basu
title = The Traveler's Dilemma: Paradoxes of Rationality in Game Theory
journal =
volume = 84
issue = 2
pages = 391 &ndash; 395
year = 1994
month = May] He is a columnist for BBC News Online, and for the "", and is the author of several books on economics and a play, "Crossings at Benaras Junction", which was published in (vol. 6, 2005).In 1992 he founded the Centre for Development Economics (CDE) at the Delhi School of Economics, Delhi, and was the Centre's first Executive Director till 1996.

He is the editor of the Oxford Companion to Economics in India, published by (February, 2007), which is a compendium on the Indian economy, with contributors that include P. Chidambaram (Finance Minister of India), Amartya Sen, and leading industrialists Ratan Tata, and N.R. Narayana Murthy. Kaushik Basu is Editor of Social Choice and Welfare, Associate Editor of Japanese Economic Review and is on the Board of Editors of the World Bank Economic Review.

In 2008, the Government of India awarded him the Padma Bhushan, one of the country's highest civil honors.