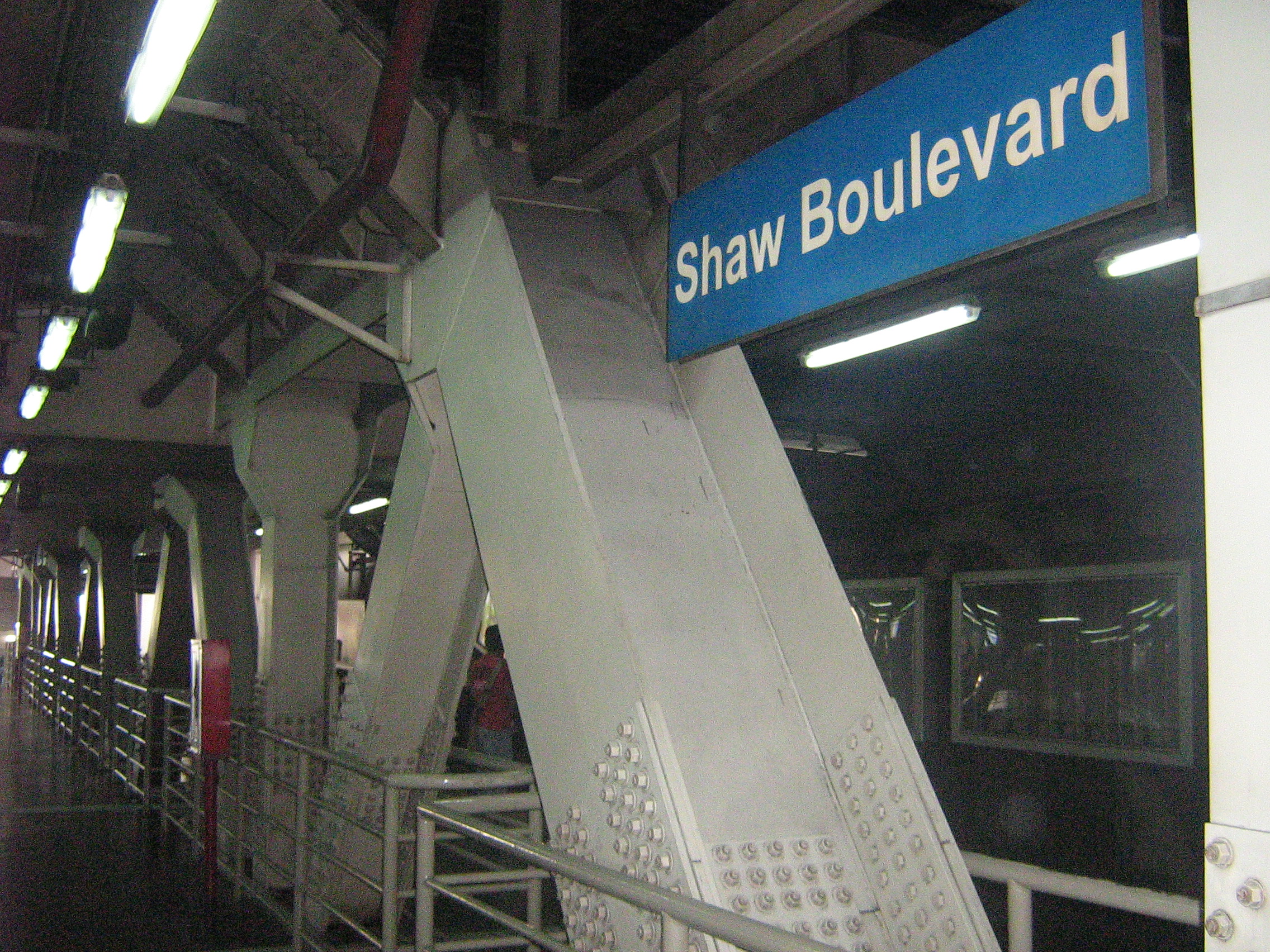 Shaw Boulevard MRT Station, also called Shaw for short, is a station on the Manila MRT Blue Line (MRT-3). Shaw Boulevard station is one of the many elevated stations that can be found on the line. The station is located in the portion of and is named after Shaw Boulevard, since the station lies directly above the boulevard.

The station is near three prominent shopping centers: , and (all of the aforementioned malls are connected by elevated pedestrian walkways), as well as several marketplaces and apartments. Commuters can also walk or take alternate forms of transportation to the EDSA Shangri-La Hotel and to .

Shaw Boulevard station is a major transfer point for commuters taking other forms of transportation such as buses, taxis and jeepneys. Three major and Mega-Taxi (air-conditioned jeepneys) terminals are located either directly below or close to the station.

(jeepneys bound for this terminal have signs as Crossing/Parklea), located directly below the MRT station across from Starmall. It is an indoor market with several restaurants, shops, and pawnshops. It is the terminal station for (Mandaluyong City) to () jeepneys, and provides jeepney service for Pasig City, Pateros, and select Rizal Province towns.

(jeepneys and Mega-Taxis bound for this terminal have signs as Crossing/Starmall), located directly to the west of the MRT station (EDSA and Shaw Boulevard). The terminal is at the , a major shopping mall with restaurants, shops, banks, and other services. Jeepneys from this terminal serve Western Mandaluyong City (jeepney and Mega-Taxi); Ortigas Center (Mega-Taxi); Pasig City (jeepney); and select Rizal Province towns (jeepney).

For passengers wanting to ride jeepneys heading to the , especially for and Quiapo, they may board at Starmall (Shaw Boulevard side) as jeepneys stop at the area.

Passengers may board taxis at various locations near the station. The closest taxi stands include Starmall, EDSA Central Mall (at Santo Cristo Street), and Shangri-La Plaza (at the entrance opposite Shaw Boulevard).