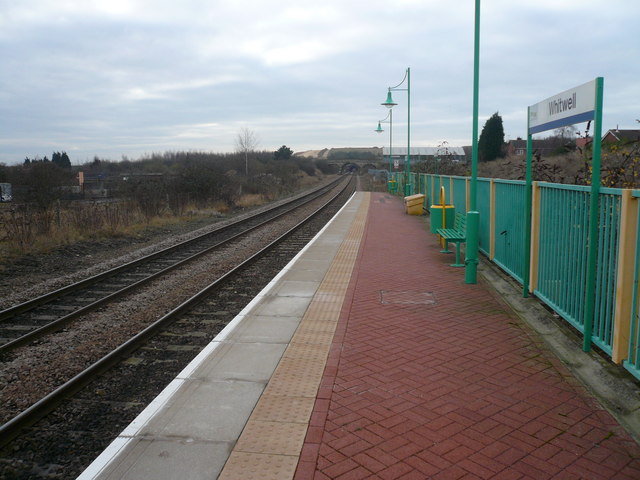 Whitwell railway station serves the village of Whitwell in , . The station is on the 7 km (4¾ miles) south west of Worksop towards Nottingham.

Monday to Saturdays, there is generally an hourly service northbound towards Worksop and southbound to Mansfield and Nottingham. There is currently no Sunday service but there will be from December 2008.

Being quite far out and built beside the quarry, the station consists of two platforms, the Nottingham bound one having to be reached by a foot-bridge. It appears somewhat run-down, and is a gathering-place for local youths in the evenings.

Until the present station was opened in 1998, Whitwell had been without a railway station since 1964. The former Whitwell Station was dismantled and rebuilt, brick by brick, in in 1981.