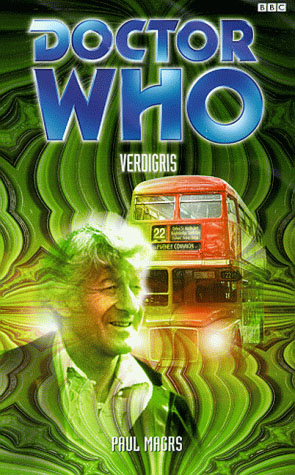 "Verdigris" is a original novel written by and based on the long-running British science fiction television series "". It features the , and .

Orbiting above London is a mysterious ship, a duplicate of the St. Pancra railway station. The Doctor, with the aid of the adventurerer, Iris Wildthyme bargains to stop creatures determined to infiltrate the 1970s in the guise of characters from nineteenth century novels. The Doctor is cut off from many of his friends and allies.

Iris and her companion Tom reappear in the audio adventures "" and "".