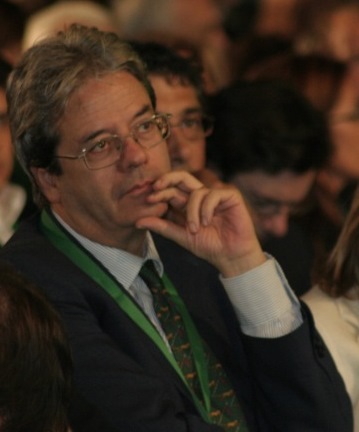 Paolo Gentiloni (born in ) is an Italian politician, member of the party and currently the Italian Minister of s.

He is a professional and has a degree in .

He became ’s spokesman in 1993 and was Jubilee and Tourism Councillor in the City Council. He has coordinated numerous election campaigns and was a founding member of the Margherita party. He was the party’s communications spokesman for five years.

In 2001, he was elected Member of Parliament and during the XIV legislature he was Chairman of the Broadcasting Services Watchdog Committee.

Elected to the Chamber of Deputies in the XV legislature, he is a member of the Parliamentary Group. Since May 17, 2006 he has been Minister for Communications in ’s second government.