According to Graham Oppy, weak agnosticism is "the view which is sustained by the thesis that it is permissible for reasonable persons to suspend judgement on the question of God's existence."[1] 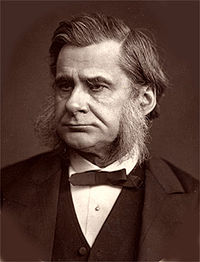 Thomas Henry Huxley originally coined the term 'agnostic' to describe his own views on theology.

In a western monotheistic system, it can be argued that since evil and suffering exist under an omnipotent and benevolent god, this god must not exist.[2] This does not refute the existence of a non-benevolent god(s), nor does it account for many of the arguments of Theodicy, the specific branch of theology and philosophy that attempts to reconcile the problem of evil.

A weak agnostic would say, "I don't know whether any deities exist or not, but maybe one day, when there is evidence, we can find something out."

Weak agnostics have often been accused of being "fence-sitters", that is, indecisive. This arises if one considers the matter to be about belief rather than about knowledge. (Cf. Epistemology) For agnostics, the only conclusion that can be drawn is that there is not enough information to justify a knowledge claim, and that it would be a leap of faith either to believe that a deity exists or to deny any deity exists. There are many theists who agree that they do not know their belief to be true, and there are many atheists (See: agnostic atheism) who do not claim certainty that no deity exists. Agnostic theists seldom identify primarily as agnostic, and many people who primarily identify as agnostic do not believe in a deity. Richard Dawkins refers to weak agnostics as "Temporary Agnostics in Practice" (TAPs), and he considers them to be reasonable people due to the lack of certainty one way or the other. Dawkins, however, argues that weak agnostics are really de facto atheists.[3]