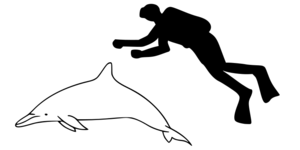 image2_caption = Size comparison against an average human
status = DD
status_system = iucn3.1
status_ref =The Spinner Dolphin ("Stenella longirostris") is a small found in off-shore tropical waters around the world. It is famous for its acrobatic displays in which they will spin longitudinally along their axis as they leap through the air.

The Spinner Dolphin is sometimes referred to as the Long-snouted Dolphin, particularly in older texts, to distinguish it from the similar which is often called the Short-snouted Spinner Dolphin. The species was discovered by John Gray in 1828. There are four named :

However the display a greater variety than these subspecies might indicate. A hybrid form characterized by its white belly is noted in the eastern Pacific. Other less distinct groupings have been identified in other oceans.

The specific name comes from the for long-beaked.

This is the most acrobatic dolphin.It jumps high out of the water and spins around like a spinning top.It lives in the open ocean and eats mainly fish

The Spinner Dolphin is dark gray, with darker patches in the tail stock, back and throat. Usually it has creamy-white patch on the belly though this varies considerably. The beak is distinctively long and thin, with a dark tip. The fins too are lengthy for dolphins of this size. The is erect and even leans forward in older males found in the eastern Pacific. However this description has to be described as a little loose - Spinner Dolphins are the most variable in form of all s.

Spinners congregate in groups that vary from just a few dolphins to great schools numbering in the thousands. They are consistently acrobatic and keen bow-riders. The reason for the animal's spinning is not known. One suggestion is that the great cauldron of bubbles created on exit and re-entry may act as a target for echolocation by other individuals in the school. It may also be simply play-acting. Individuals have been spotted completing at least 14 spinning jumps in quick succession.

In the Atlantic the Spinner may be mistaken for the which also spins, but not to such a regular and dramatic extent. They may occasionally hybridize with other species such as and both varieties of .

Dolphin sounds appear to be in the form of click-whistles and pulse sounds which are a mix of echolocation and communication. Echolocation sounds enable dolphins to track objects in dim or dark water and to, in effect, see much further than their eyes will allow. Their complex array of whistle sounds are the way that dolphins talk to one another. The spinners can even identify themselves with sounds they make while trailing bubbles from their blowholes -- sounds called signature whistles.

These spinner dolphins also communicate by slapping the water with various body parts. For instance, “nose-outs” occur when beak is thrust from the surface. This action is commonly used when the pod is emerging from a rest period. “Tail slaps” are often used to indicate impending danger or to signal a dive. Head slaps, side slaps, and back slaps are most frequently seen as the school begins to pick up speed. Last, and most spectacular, are the spins themselves. Many animals spin repeatedly, with each spin tending to get smaller and smaller, finally finishing up with an emphatic side slap.

The power of the spin can pick up through their echolocation -- may be the real purpose of the spin.

Spinner dolphins maximize the effect of this splash by twisting around to land in a belly-flop, or back-flop. Spins are most frequently performed while the school is spread out across the water. A spinning dolphin may be signaling to the others: "here I am. . . . here is where I am going. . . " The effect of many dolphins spinning and leaping at once, defines what scientists call the envelope of the school -- that is, its size, direction, and speed of travel.

Dolphins tend to do most of their hunting at night as the “scattering layer” of marine life, which has spent the day at depths of 3000 feet, rises toward the surface to feed on microscopic plant material. It is composed of fish, jellyfish, euphausiids (or krill), squid, shell-less snails, as well as copepods. Before diving into layer, the pod of dolphins gathers together in a kind of rally as if realizing that they are about to embark on a dangerous journey. Indeed, these dolphins are taking a great risk because other predators have gathered as well, such as sharks, which are natural predators of dolphins. The spinners form small subgroups and spread out across the sea. Time after time, the dolphins dive down into the utter darkness at 800 feet, or more. They do not use their teeth to chew but rather to grasp and immobilize their prey. Despite being separated by several miles of water, the school still coordinates its activities through sound -- -and through spinning -- which reaches an explosive crescendo in the darkness of night. Using their echolocation, the spinners scan the darkness and, using their whistles, they call members of the school back together and can unite for defense. By dawn, the spinners regroup. Well-fed, they likely will move once again towards the shelter of nearby islands.

Spinner Dolphins have been studied both in the wild and in captivity in Hawaii.Up to two million Spinner Dolphins, mostly eastern and white-bellied varieties, were killed in the thirty years after fishing for was introduced in the 1950s. The process killed probably half of all Eastern Spinner Dolphins. See for a discussion. Although not caught in purse seine nets, spinner dolphins in Hawaii can be subjected to multiple daily visits to their nearshore resting grounds.