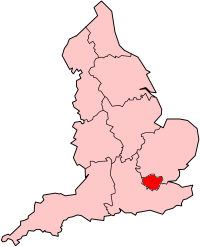 The GLA is responsible for the strategic administration of the 1579 km² (610 sq. miles) of . It shares local government powers with the councils of 32 and the . It was created to improve the coordination between the local authorities in Greater London, and the 's role is to give London a single person to represent it. The Mayor proposes policy and the GLA's budget, and makes appointments to the capital's strategic executive such as and the . The primary purposes of the London Assembly is to hold the Mayor of London to account by scrutiny of their actions and decisions. The assembly must also accept or amend the Mayor's budget on an annual basis. The GLA is based at City Hall, a new building on the south bank of the , next to .

The GLA is different from the Corporation of the with its largely ceremonial Lord Mayors, which controls only the square mile of the City, London's chief financial centre. While the GLA has a modern constitution, the organisation of the City of London has barely changed since the Middle Ages and is mainly controlled by City business interests.

In 1986, the was abolished by the Conservative government of . Many people have surmised that the decision to abolish the GLC was made because of the existence of a high-spending left-wing Labour administration under Livingstone, although pressure for the abolition of the GLC had arisen before Mr Livingstone took over, and was largely driven by the belief among the outer London Borough councils that they could perform the functions of the GLC just as well.

On abolition, the strategic functions of the GLC transferred to bodies controlled by central government or joint boards nominated by the London Borough councils. Some of the service delivery functions were transferred down to the councils themselves. For the next 14 years there was no single elected body for the whole of London. The Labour Party never supported the abolition of the GLC and made it a policy to re-establish some form of city-wide elected authority.

The Labour party adopted a policy of a single, directly-elected Mayor (a policy first suggested by Tony Banks in 1990), together with an elected Assembly watching over the Mayor; this model, based on American cities, was partly aimed at making sure the new body resemble the erstwhile GLC as little as possible. After the Labour party won the 1997 general election, the policy was outlined in a entitled "A Mayor and Assembly for London" (March 1998).

Simultaneously with the elections to the London Borough councils, a referendum was held on the establishment of the GLA in May 1998, which was approved with 72% of the vote. The passed through Parliament, receiving the in October 1999. In a controversial election campaign, the Prime Minister at the time, , attempted to block Livingstone's nomination and imposed his own candidate. In reaction, Livingstone resigned from the Labour party and in March 2000, was elected as Mayor of London as an independent candidate. Following an interim period in which the Mayor and Assembly had been elected but had no powers, the GLA was formally established on . That same year the Art Director Gavin Lester designed the official logo for London.

Areas which the GLA has responsibility for include transport, policing, fire and rescue, development and strategic planning. The GLA does not directly provide any services itself. Instead, its work is carried out by four functional bodies, which come under the GLA umbrella, and work under the policy direction of the Mayor and Assembly. These functional bodies are:

* (TfL) -- Responsible for managing most aspects of London's transport system, including public transport, main roads, and traffic management, and administering the .

*The (MPA) -- Responsible for overseeing the , which provides policing throughout Greater London.

*The (LFEPA) -- Administers the and co-ordinates emergency planning.

In November 2005, the government published a consultation document reviewing the powers of the GLA, making proposals for additional powers, including waste management, planning, housing, and learning and skills. [" [http://politics.guardian.co.uk/columnist/story/0,9321,1663371,00.html We can't allow these tin-pot dictators to ruin our capital] "] [" [http://www.publictechnology.net/modules.php?op=modload&name=News&file=article&sid=4095 Greater London Authority may get a lot more power: ODPM opens consultation] "] The result of the consultation and final proposals were published by the on 13 July 2006. [Communities and Local Government - " [http://www.communities.gov.uk/citiesandregions/regional/greaterlondonauthority/greaterlondon/ The Greater London Authority: The Government's Final Proposals for Additional Powers and Responsibilities for the Mayor and Assembly] "]

The GLA is responsible for coordinating in Greater London. The mayor produces a strategic plan, the "". The individual councils are legally bound to comply with the plan. The mayor has the power to over-ride planning decisions made by the London Boroughs if they are believed to be against the interests of London as a whole.

The Mayor's energy strategy [" [http://www.london.gov.uk/mayor/strategies/energy/index.jsp Mayor's Energy Strategy] ", . URL accessed 20 August 2006.] plans to cut carbon emission levels by 20% by 2010 and 60% by 2050 (although achieving the first of these targets is unlikely). Measures taken to achieve this have included the creation of the , the London Energy Partnership [ [http://www.london.gov.uk/mayor/environment/energy/partnership-steering-group/index.jsp London Energy Partnership] . URL accessed 20 August 2006.] and the founding of the international .

The London Sustainable Development Commission [ [http://www.london.gov.uk/londonissues/sustainability.jsp London Sustainable Development Commission] . URL accessed 20 August 2006.] has calculated that for housing to meet the 60% target, all new developments would have to be constructed to be carbon-neutral with immediate effect (using techniques), in addition to cutting energy used in existing housing by 40%.

After the 2008 elections, Conservatives had the largest representation (eleven members) on the Assembly, followed by eight from Labour, three Liberal Democrats, two Greens and one from the . [ [http://results.londonelects.org.uk/Results/AssemblyResults.aspx London Assembly Election results 2008] URL accessed 03 May 2008.]