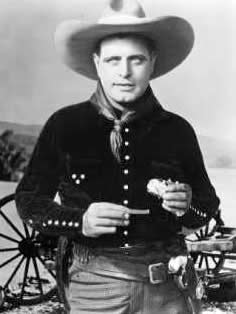 Born John Hartford Hoxie in Kingfisher Creek in (now the state of ), he was the son of a veterinarian father named Bart Hoxie who was killed in a horse accident just weeks before Jack's birth, and a half mother (some reports list her as ) named Matilda. After his father's death, Matilda Hoxie moved to where at an early age, Jack became a working and ranch hand. Matilda Hoxie married a rancher and horse trader named Scott Stone. The family then relocated to where Jack worked as a packer for a U.S. Army Fort in the area, while continuing to hone his skill as a horseback rider while competing in rodeos. In 1909 he met the performer Dick Stanley and joined his Wild West show. It was during this period that Jack met and married his first wife, Hazel Panky, who was a Western trick rider with the outfit.

Jack Hoxie continued to tour with circuit rodeos until 1913 when he was approached to perform in the Western drama film short "The Tragedy of Big Eagle Mine". Now billing himself as Hart Hoxie (a moniker he would use until 1919), Hoxie would continue working through the 1910s in popular Western shorts, often in small, but well-received roles. In 1919, after appearing in approximately thirty-five films, he was cast in the starring role in the Paul Hurst directed "Lightning Bryce" serials as main character Sky Bryce. Hoxie began billing himself as Jack Hoxie and would use this name permanently. It was during this time that he met and married his second wife, actress and frequent co-star after his divorce from Hazel Panky.

Through the early 1920s, Jack Hoxie became an extremely popular Western film star and worked for such film companies as , Arrow, and . In 1923, head put Hoxie under contract and soon Hoxie's career was on par with that of other Western stars of the era: , and . Hoxie appeared in such high profile films as 1923's "Where Is This West?" with newcomer and 1924's Universal promotional film "Hello, 'Frisco", alongside such popular actors of the era as: , , , , , and . The film was designed to showcase Universal's roster of their most popular actors. Hoxie, often atop his horses Fender and Dynamite, would star alongside such actresses as , , and in Westerns throughout the silent era of the 1910s and 1920s.

Also, during this period, Jack's younger half-brother Al Stone began to appear with Jack in films. Al would eventually become a successful actor in the Western genre after changing his name to and appearing in a series of films by actor/director . In 1925, Jack's stepfather Scott Stone was convicted of the kidnap-murder of Los Angeles sisters May and Nina Martin and sentenced to death, a sentence that was commuted to life without parole after District Attorney Keyes told the Governor his office had made mistakes in the case; both Hoxie and Stone's son Al refused to assist in his defense.

In 1926, Laemmle and Universal chose Jack to star as in ' "The Last Frontier", co-starring William Boyd. The film would prove enormously commercially successful and Hoxie is often best recalled for his performance in the film.

In 1927, however, Hoxie allegedly became dissatisfied with his contract at Universal and refused to renegotiate for another stint at the studio. Hoxie would continue throughout the later 1920s making films of lesser quality with lower budget film studios. He made his last silent film "Forbidden Trail" in 1929 before pursuing further work in circuit rodeos, carnivals, and the .

During the 1930s, Jack Hoxie made a brief comeback in films after signing a contract with . The films however, did little to revive Jack's career as a film actor and he once again hit the rodeo circuit. Hoxie's last film appearance would be in the 1933 release "Trouble Busters" with actor , who had appeared alongside Hoxie in a number of earlier films.

He eventually divorced and married his third wife, Dixie Starr. The couple briefly operated a dude ranch in called the Broken Arrow Ranch. After a fire consumed the ranch, Jack once again began appearing in Wild West shows, often billed as the 'Famous Western Screen Star'. Hoxie would make appearances throughout the 1940s and well into the 1950s before finally making his last public appearance as a performer in 1959 for the Bill Tatum Circus.

Jack divorced Dixie Starr and married his fourth wife Bonnie Avis Showalter and the couple retired to a small ranch in , then later moving to his mother Matilda's old homestead in Oklahoma. In his later years, Jack Hoxie developed and died in 1965 at the age of 80. He was interred at the Willowbar Cemetery in [http://www.rootsweb.com/~usgenweb/ok/cimarron/tombstone/willowbar/willowbarh.htm] with the epitaph inscription "A Star in Life - A Star in Heaven".