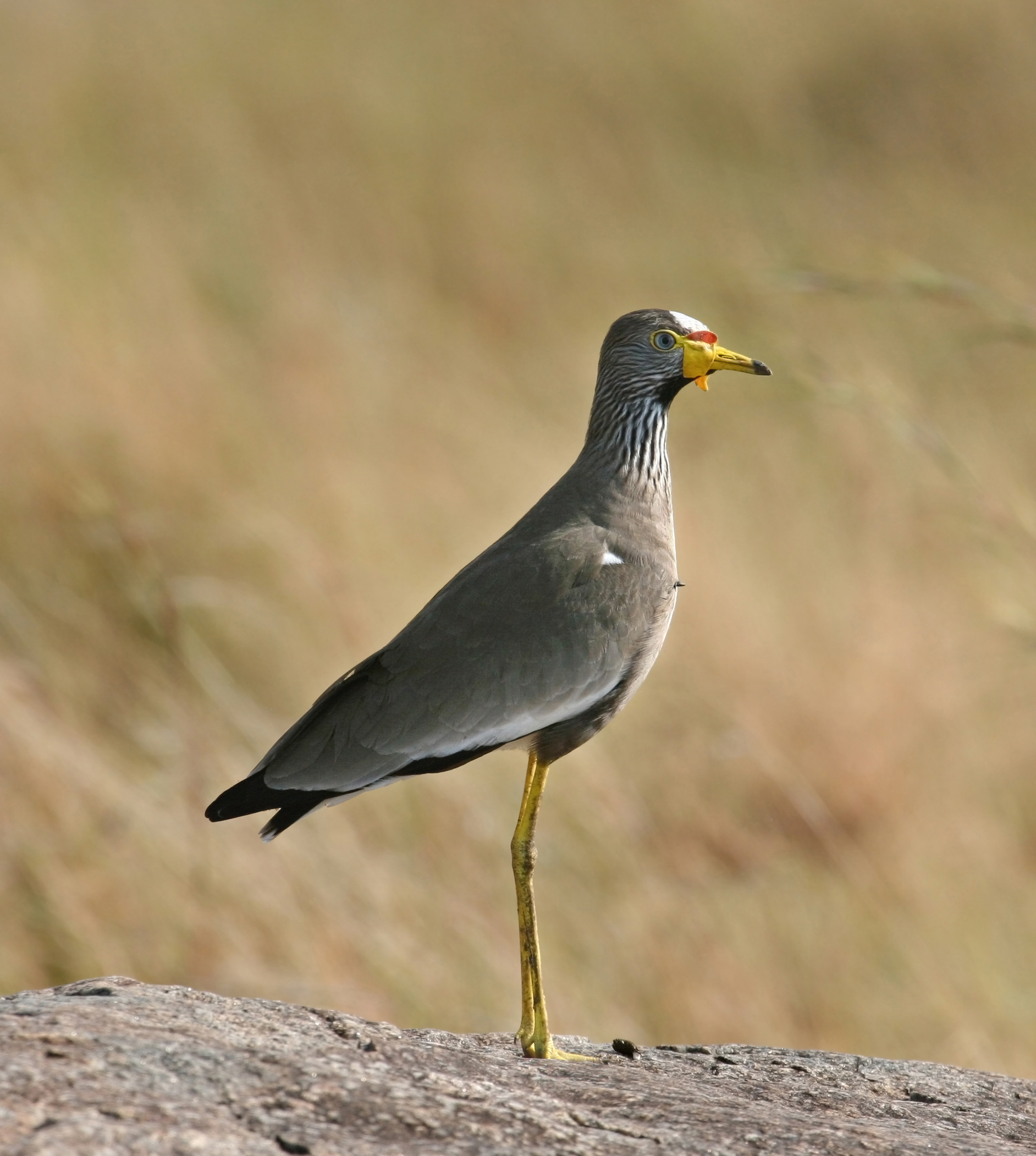 The African Wattled Lapwing or Senegal Wattled Plover, "Vanellus senegallus", is a large , a group of largish s in the family . It is a resident breeder in most of outside the rainforests, although it has seasonal movements.

These are conspicuous and unmistakable s. They are large brown waders with a black crown, white forehead and large yellow facial wattles. The tail is white, tipped black, and the long legs are yellow.

This species is a common breeder in wet lowland habitats, especially damp grassland. It often feeds in drier habitats, such as golf courses, picking s and other invertebrates from the ground. It lays three or four eggs on a ground scrape.

The African Wattled Lapwing is one of the species to which the "Agreement on the Conservation of African-Eurasian Migratory Waterbirds" () applies.