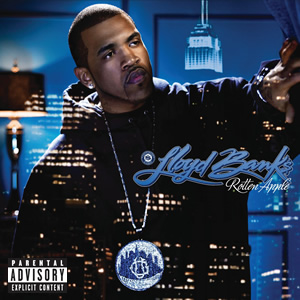 "Rotten Apple" is the second album by rapper . It was released on and sold 143,000 copies in its first week. [ [http://www.urbanconnects.com/modules.phpname=News&file=article&sid=295 Rotten Apple Sales, 1st Week U.S.] . UrbanConnects. Accessed ] It debuted at number three on the "Billboard" 200. The title of the album is a play on the nickname "".

The album featured guest appearances from , , , Scarface, , 8 Ball, , , and . Production was provided by , Needlz, , , Ron Browz, Havoc and . Banks also wanted to show the darker side of , and allow listeners to hear what it was like growing up in .

The album received mixed reviews. [ [http://www.metacritic.com/music/artists/bankslloyd/rottenapple Lloyd Banks: Rotten Apple (2006): Reviews] . Metacritic. Accessed .] ""'s Evan Serpick gave it 3 out of 5 stars and said that "Eminem, Mobb Deep’s Havoc and a host of G-Unit regulars produce an album’s worth of chunky, ominous beats to fit Banks’ foul mood, but it runs a little thin over sixteen tracks".

But "XXL" gave it a L/XXL and said "Not falling far from 50 Cent’s platinum-rooted tree, Rotten Apple is fertilized with potent doses of sonic strength and catchy hooks. But overall, it isn’t the new massacre that'll shake New York hip-hop down to its core." Also 's David Jeffries gave it 2.5 out of 5 stars and said that "The highlights are way high, but the album as a whole is fans-only."