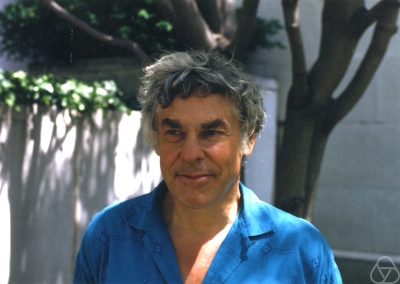 Stephen Smale (born , ) is an American from . He was awarded the in , and spent more than three decades on the mathematics faculty of the (1960-61 and 1964-1995). He entered the in 1948. Initially, Smale was a good student, placing into an honors sequence taught by Bob Thrall and earning himself A's. However, his sophomore and junior years were marred with mediocre grades, mostly Bs, Cs and even an F in . However, with some luck, Smale was accepted as a graduate student at the University of Michigan's mathematics department. Yet again, Smale performed poorly his first years, earning a C average as a graduate student. It was only when the department chair, Hildebrant, threatened to kick out Smale, that he began to work hard. Smale finally earned his in 1957, under .

Smale began his career as an instructor at the college at the . In 1958, he astounded the mathematical world with a proof of a sphere eversion. He then cemented his reputation with a proof of the for all dimensions greater than or equal to 5; he later generalized the ideas in a 107 page paper that established the .

After having made great strides in , he then turned to the study of , where he made significant advances as well. His first contribution is the Smale horseshoe that jumpstarted significant research in dynamical systems. He also outlined a research program carried out by many others. Smale is also known for injecting into mathematical , as well as recent explorations of various theories of .

In 1998 he compiled a list of 18 problems in to be solved in the 21st century, known as . This list was compiled in the spirit of Hilbert's famous list of problems produced in 1900. In fact, Smale's list contains some of the original Hilbert problems, including the and the second half of , both of which are still unsolved. Other famous problems on his list include the , the , and the Navier-Stokes equations, all of which have been designated by the .

Earlier in his career, Smale was involved in controversy over remarks he made regarding his work habits while proving the higher dimensional Poincaré conjecture. He said that his best work had been done "on the beaches of Rio". This led to the withholding of his grant money from the . He has been politically active in various movements in the past, such as the . At one time he was ed by the .

In 1960 Smale was appointed an associate professor of mathematics at the , moving to a professorship at the following year. In 1964 he returned to a professorship at UC Berkeley where he has spent the main part of his career. He retired from UC Berkeley in 1995 and took up a post as professor at the . He also amassed over the years one of the finest private mineral collections in existence. Many of Smale's mineral specimens can be seen in the book - "The Smale Collection: Beauty in Natural Crystals" [http://www.lithographie.org/bookshop/the_smale_collection.htm] .

Smale is currently a professor at the , a research institute closely affiliated with the .