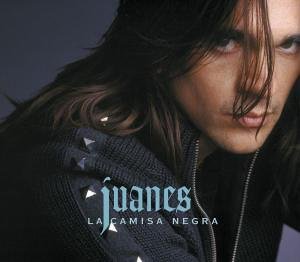 The song received mixed reviews from critics and generated controversy when it was used to support in . The single was very successful in Latin America, topping most s.

"La Camisa Negra" is written in in the key of .

The song received mixed reviews from critics. stated that the track "is a good intro into the world of Juanes as it fully exhibits his guitar style and absorbing voice." [Fabode, Seyi. [http://www.contactmusic.com/new/home.nsf/webpages/juanesx04x05x06 "Juanes, Mi Sangre, Album Review"] . ContactMusic.Retrieved .] MyVillage gave the song two out of five stars, commenting that it "has a certain charm about it, but I certainly won't mind missing the boat on this occasion." [Dallimore, Rachael. [http://www.myvillage.co.uk/pages/bars&music-review-juanes-la-camisa-negra.htm "Juanes: La Camisa Negra"] . MyVillage. Retrieved .] IndieLondon called the song "a supremely slick acoustic ", stating that "the rolling guitar licks…provide a wonderful accompaniment." [ [http://www.indielondon.co.uk/Music-Review/juanes-mi-sangre "Juanes - Mi Sangre"] . IndieLondon. Retrieved .] OMH gave the song a mixed review, stating that "the powerful chorus has a rather catchy vocal melody to it" but that "it's like being promised a culinary only to be served a few s." [Harper, Jamie. [http://www.musicomh.com/singles/juanes_0406.htm "Juanes - La Camisa Negra (Polydor)"] . OMH. Retrieved .]

The song was used in in support of because of the association of "black shirt" with the Fascist of ,

The song was very successful in Latin America, topping the singles charts in , , , , , , and .

A for the song was released in 2005. In the video, Juanes arrives in a town, accompanied by two women and an older man. The man and women exit the car, and the man begins playing a guitar while the two dance. A wave comes out of the guitar, and aside from Juanes, everyone through whom the wave passes is frozen in time, performing the same motion repeatedly. During the last chorus, the wave reverses direction, and the people of the town disappear.

In , singer included a live version with of this song on her album "".