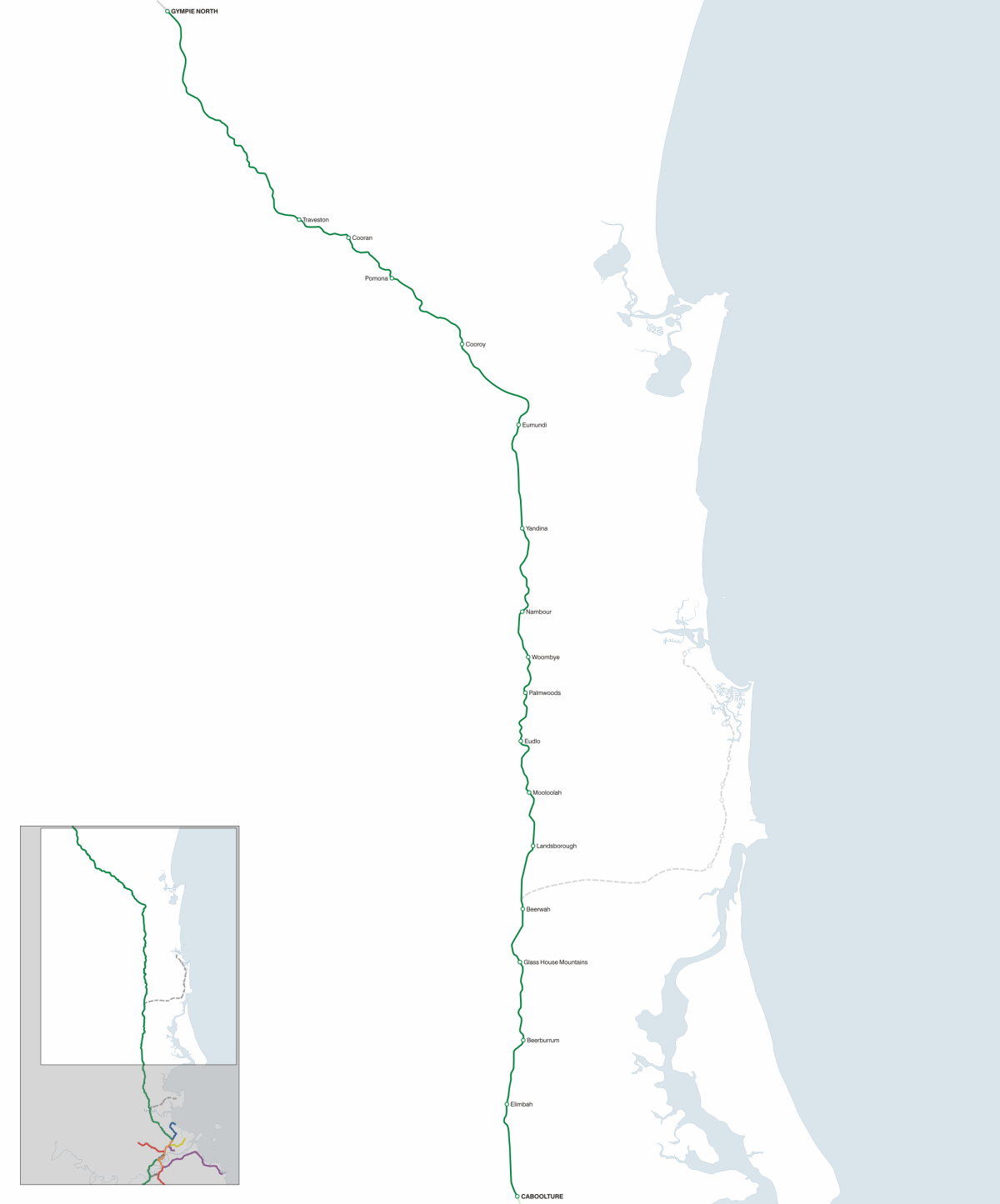 The duplication and realignment of the North Coast Line from Caboolture to Landsborough is the pre-requisite to implement the CAMCOS corridor branching from Beerwah to the Sunshine Coast centres of Caloundra and Maroochydore.

Existing services to Nambour will be upgraded with the replacement of suburban trains with newer interurban trains. This will be followed by an increase of service frequencies, made possible by duplication north of Caboolture Station and the recently completed triplication south of Petrie

*All peak hour and most off-peak trains run express between Caboolture and Bowen Hills, stopping at Petrie and Northgate in the off-peak
*There is only one daily Citytrain service to and from Gympie North Monday to Friday, with two services southbound Saturday and northbound on Sunday.
*There is a twice-daily Nambour to Caboolture shuttle which operates during the off-peak and weekends. Passengers travelling on those services are required to change at Caboolture for their connecting service to/from the City

During weekday peak hours, some services may not stop at Petrie and Northgate stations. The weekday afternoon outbound Gympie North service stops at Caboolture on request to pick up northbound passengers only.

Due to the lack of track capacity between Caboolture and Nambour, operates weekday off-peak railbus shuttles between Nambour Station and Caboolture station in addition to the off-peak train services. Passengers for/from the Caboolture line change at either Caboolture, Petrie or Northgate, Shorncliffe line at Northgate, Airport, Doomben and Ferny Grove lines change at Bowen Hills, and all other lines at Central.