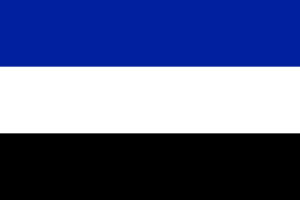 The Territory of the Saar Basin (in French: "Le Territoire du Bassin de la Sarre", in German: "Saarbeckengebiet"), also referred as the Saar or Saargebiet, was a region of Germany that was occupied and governed by Britain and France from 1920 to 1935 under a , with the occupation originally being under the auspices of the [Article 45-50 with Annex, Treaty of Versailles] . Its population in 1933 was 812,000, and its capital was .

Under the the highly industrialized Saarland was to be occupied and governed by Britain and France under a mandate for a period of 15 years, and its coalfields ceded to . During this time the Saarland was governed by a 5 person Commission made up of representatives of the occupation forces. Under the terms of the mandate the Commission had to include at least one French person and one German resident of the Saar. [Paragraph 16-17, Chapter II, Annex to Article 45-50, Treaty of Versailles] At the end of that time a plebiscite was to determine the Saar's future status. It comprised portions of the n and the n . It had a currency, the , and its own postage stamps during this period.

Chairmen of the Commission

The Saar region was governed by the following Chairmen of the Commission of Government:

In 1933, a considerable number of political opponents of moved to the Saar, as it was the only part of Germany that remained under foreign occupation following the first world war. As a result, anti-Nazi groups agitated for the Saarland to remain under British and French occupation under a League of Nations mandate. However, with most of the population being ethnically German and with strong local anti-French sentiments deeply entrenched, such views were considered suspect or even treasonous. With the expiry of the 15-year term of the mandate, a was held in the territory on , , with a voter participation of 98%. The result was a great majority of 90.73% voting to re-join the , with only 8.86% wanting to retain the status quo. A third option of joining France received 0.41% of the vote.

On , the territory's re-union with was approved by the . On , Germany re-integrated the region into the , appointing as " für die Rückgliederung des Saarlandes", "Imperial Commissioner for the re-union of ".

Many opponents of who had taken refuge in the territory and former politicians and office holders of the Saar who had collaborated with the occupation were imprisoned.

When re-incorporation was considered complete, the 's title was changed again to " für das Saarland", "Imperial Commissioner of " on . As the new Gau was extended to the , including the historic Palatinate, the region's name was changed again on to "Saarpfalz", "Saar-Palatinate".

After the , the re-annexed French of was incorporated in the . The region's name was finalized on as "Westmark", "Western March"/"Western Boundary", with its governor styled as " in der Westmark", "Imperial Lieutenant of Western March". On committed , and he was succeeded by until , when the region was again occupied by France.

After the Second World War the region became a French and as a consequence was forced into economic and political ties with . After the founding of the Federal Republic of Germany and the German Democratic Republic in 1949, Saarland became an autonomous region of France (similar in nature to or within the ), with its own passports, Olympic team (1952) and national football team. Nevertheless, the coal mines (the dominant industry in the region at the time) remained under direct state control ( "Regie des mines de la Sarre"), and France also insisted upon continued monetary union (Saar francs). However, the Saarland was not considered by France or the local population to be French territory, contrary to persistence rumors among the local German population which was very hostile to the occupation and French territorial ambitions. A referrendum was held on 23 October 1955 which ended French rule (direct or indirect) and shortly thereafter the Saarland once again re-joined .