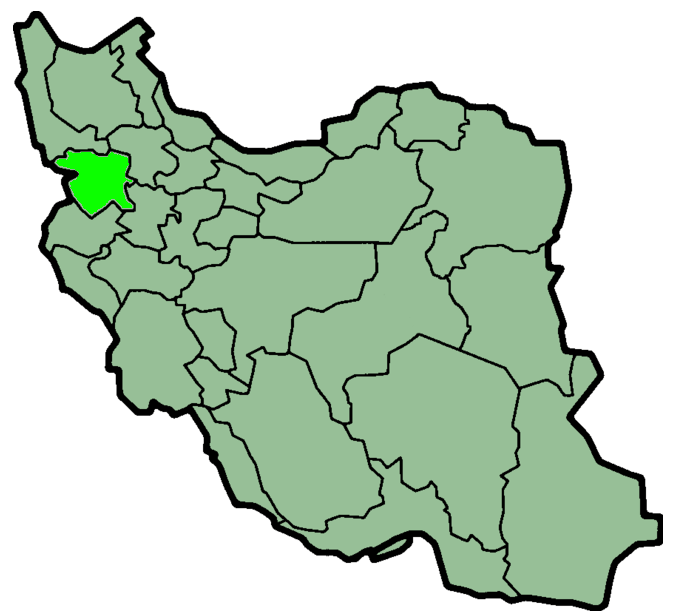 The rich, beautiful and mountainous lands of this area first encouraged tribes to settle in this region after their immigration to . It was from here where the first plan to overthrow the began, leading to their defeat in 612 BCE, and setting the stage for the commence of the Median empire.

During the next few hundred years, Kurdistan became the arena of conflict between various invaders, including the s and s. Its steady decline began in the , when sea traffic replaced the famous .

Upon the order of Sultan Muhammad Khodabandeh (Öljaitü), a small town by the name of was constructed in region to function as the official and political center of Kurdistan in the . It remained the capital for nearly one-and-a-half centuries, until, in CE, the government moved to , 6 km south of (Sinne). Around , people from tribe established themselves in Sinne (Sanandaj) as the rulers of this region.

According to Sharafnama written by Sharaf-al-Din Bitlisi, the earliest known leader of the tribe, Bawa Ardalan, was a descendant of "Ahmad b. Marwan", who ruled in . He settled down among the in Kurdistan and toward the end of the Mongol period took over the "Şare Zor" (Sharazur) region, where he established himself as an absolute ruler. He is considered to be the founder of the Ardalan principality. The territories of (Karadagh), , , and Kifri, which were already the homelands of the Goran-, all belonged to this principality. The capital city of the principality was first in , but was moved to later on. During the reign of , the founder of , Kurds (among them the Ardalans) were supported by Ottoman Caliphs against the government of the Safavids. When Soleiman Khan came to power in CE, the throne was transferred to Sanandaj (Sinne), and, from then on, the rulers contributed to the flourishing and development of the area.

The Dynasty continued to rule the region until the monarch (-) ended their rule in CE.

Kurdistan Province is entirely a mountainous region that can be divided into two western and eastern sections from topographical points of view which are located in the east and west of Sanandaj(Sinne). Kurdistan province, being predominantly covered by mountains and hills, has many rivers, lakes, natural ice-stores and caves, which render it rather picturesque. Consequently, Kurdistan has always attracted a large number of tourists and fans of mountaineering, ski and water-sports.

Zarrinehorood, 302 km long, is one of the longest rivers of this province. Its banks offer great opportunities for recreation and the river's plentiful water renders itself ideal for water sports. This river runs northwards and ultimately pours into . Sirvan river is another prominent river in this province. It runs over a long distance, eventually to join the in Iraq. The banks of this river are remarkably attractive. Zarineh Rood and Simineh rood are two other important rivers in this province. A large number of marine species and birds live on the banks of the province's numerous rivers which they seem to find ideal habitats.

is the most beautiful water-way of the province, which lies at the feet to high mountains, providing a delightfully picturesque sight. Its water is sparkingly fresh. The lake has a maximum depth of 50 m and an average depth of 3 m. It is surrounded by thick forests. The whole collection of the lake, the mountains and forests generates a fascinating panorama. This lake, which has a length of 5 km and a maximum which width of 1.7 km, lies to the west of Marivan. Lake Vahdat's dam, to the north of Sanandaj (Sinne), provides excellent opportunities for fishing and water-sports.

Kurdistan benefits from many resourceful mineral water springs. The most outstanding of these are: Govaz to the northwest of Kamyaran, Abetalkh close to Bijar and Baba Gorgor to the north of Ghorveh.

Cave Kereftoo, close to Divandarreh, is a unique natural and at the same time archeological site. Inside the cave there are a number of ancient buildings known as the Temple of Heraclius, because the name of this Greek god is carved on the ceiling of one of the halls. Cave Shoovi, 267 m long, is another prominent cave, which lies near the city of Baneh.

Kurdistan has vast forests and refuges, where many animals and birds live, safely from the harms of the human beings: the leopard, ram, wild goat, hyena, jackal, wolf, fox, sable, wesel and such birds as the partridge, wild duck, stork, parrot and eagle.

Kurdistan is one of the most mountainous(hilly) regions in Iran and has a generally mild and quite pleasant climate throughout the spring and summer. Winters are long and can be very cold with heavy snowfalls.

The population of the province in 1996 was 1,346,383 of which 52.42% were urban dwellers and 47.58% rural dwellers. The sex ratio of the province is 104. The are the majority population in this province, and they speak -Kurdish which is a northwestern . The region's historical name is .

The Kurdish language is categorized under the Indo-European group of languages, with a distinctive grammatical form. This language has various branches in Iran, such as the , , , and . Majority of the people in Kurdistan province speak variants of Kurdish, sometimes called as "Ardalani" dialect. Kurdish is also spoken around , in a region called "Hewramanî Text"(The Flat Hawraman).Eastern parts of the province including and are inhabitated by s who speak Azeri.

The major activities of the inhabitants are agriculture and modern livestock farming. Wheat, barley, grains and fruits are the major agricultural products. The chemical, metal, textile, leather and food industries are the main industrial activities in this province.