Venda language
Not to be confused with Vedda language.

Venda belongs to the Bantu branch of the Niger–Congo languages. 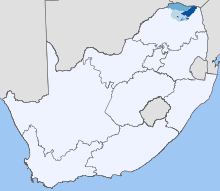 Geographical distribution of Tshivenda in South Africa: proportion of the population that speaks Tshivenda at home. 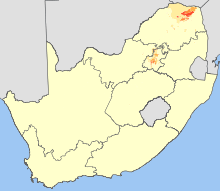 Venda is spoken by about 666,000 people in the northern part of South Africa's Limpopo Province, as well as 84,000 people in Zimbabwe.

The Venda language uses the Latin alphabet with 5 additional accented letters—there are 4 consonants with circumflex below the letter (ḓ, ḽ, ṋ, ṱ) and an overdot (ṅ). The letters C, J and Q are used only in quoting foreign words and names.

The extra letters have the following Unicode names