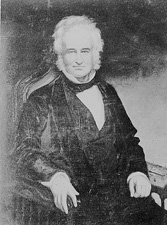 From 1841 to 1854, Francis was of Brown University; he was elected as a Whig to the U.S. Senate to fill the vacancy caused by the resignation of William Sprague and served from , , to , . He was not a candidate for reelection; while in the Senate, he was chairman of the Committee on Engrossed Bills (Twenty-eighth Congress).

Francis was a member of the from 1845 to 1856, and then retired from public life and engaged in agricultural pursuits until his death at "Spring Green," , in 1864; interment was in , Providence.

Francis' grandfather, John Brown, was a from Rhode Island and a member of the family for whom Brown University was named.