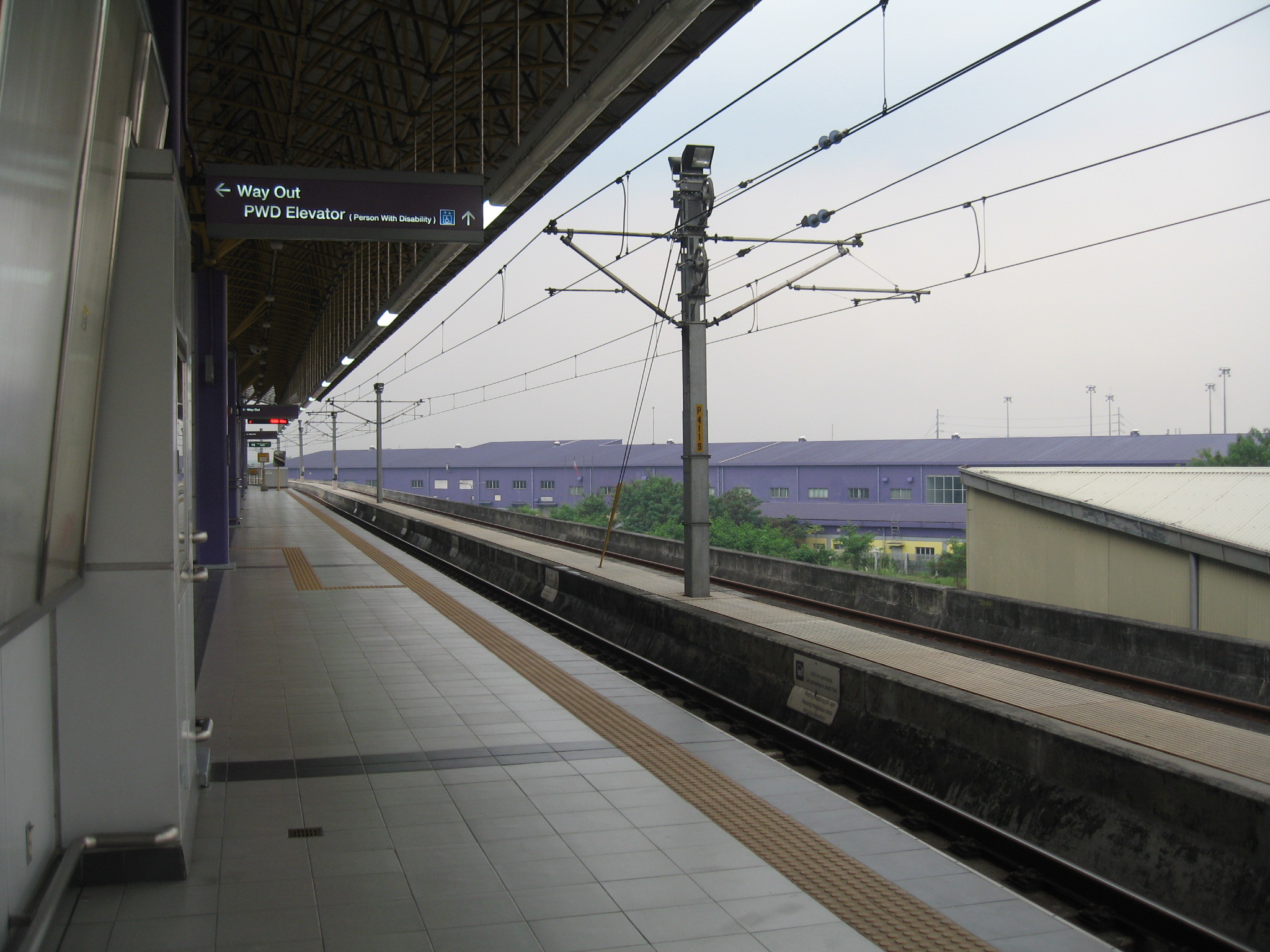 Santolan LRT Station is a station on the Manila LRT Purple Line (MRT-2). Santolan Station is one of the many elevated stations that can be found on the line. The station is located on the stretch of the Marcos Highway and is named after the that it is in, Barangay Santolan of Pasig. However, it is actually located inside the territory of . (The MRT-2 compound is located at the boundary of Pasig City and Marikina City)

The station is the eastern terminus of the Purple Line and is the first and last station for trains headed to and from Recto respectively. The station is near the Pasig City portion of the , one of the most important business districts in the Philippines and the city of Marikina. The Santolan Depot, where MRT-2 trains are cleaned and maintained, is also near the station, as well as the line's Operations Control Center (OCC). The depot and OCC, however, are located in .

This is the only Purple Line station with an .

Taxis and jeepneys can be used to navigate the area around the station and along Marcos Highway, .