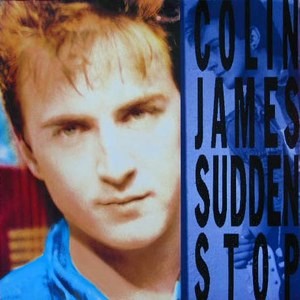 
"Sudden Stop" is the second studio album by Canadian musician released in 1990 (see ) on . The album was recorded in Vancouver and .

The album features guest appearances by , and . "Just Came Back" went up to #3 on North American rock stations.

"Sudden Stop" earned James two s for "Single of the Year" and "Male Vocalist of the Year".