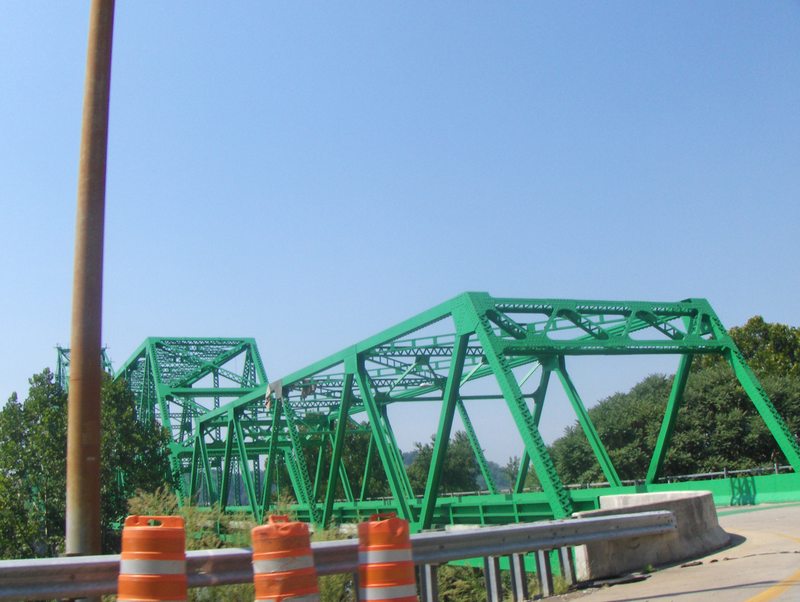 Completed in 1932, the two-lane Ben Williamson Bridge connects to , crossing the . Formerly a two-way span before the parallel was completed upstream in 1985, it is used for Kentucky-bound traffic today. In 1999, the bridge was closed and renovated during which time traffic in both directions was diverted to the Willis Bridge. In early 2007, traffic was again diverted to the Willis bridge in order to renovate and paint the bridge. The bridge was reopened on , .