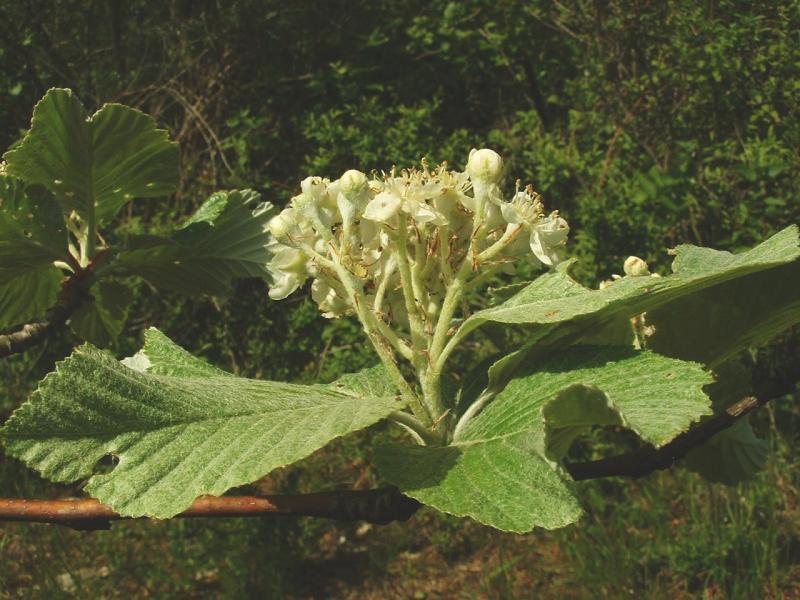 The whitebeams are members of the family, in genus "" subgenus "Aria". They are s with simple or lobed leaves, arranged alternately. They are related to the s ("Sorbus" subgenus "Sorbus"), and many of the endemic restricted-range apomictic microspecies of whitebeam in are thought to derive from hybrids between "S. aria" and the European rowan "S. aucuparia"; some are also thought to be hybrids with the Wild Service Tree "S. torminalis", notably the Service Tree of Fontainebleau "Sorbus latifolia" in French woodlands.

The best known species is Common Whitebeam "", but several other species from and in particular are widely cultivated as ornamental trees.

The surface of the leaf is an unremarkable mid-green, but the underside is almost white (hence the name) transforming the appearance of the tree in strong winds, as noted by the poet Meredith: "flashing as in gusts the sudden-lighted whitebeam"

The berries are a favourite of s, though less palatable (drier, less juicy) than rowan berries. Whitebeams are sometimes used as l food plants by species including .

The is hard, and suited for woodturning, furniture and tool handles, a tough wood that was used to make cogs before the use of . It is a deep orange when wet, and pale yellow after drying.

'White' from the colour of the emergent foliage and, later, undersides of the leaves, 'beam' from the word for 'tree'.