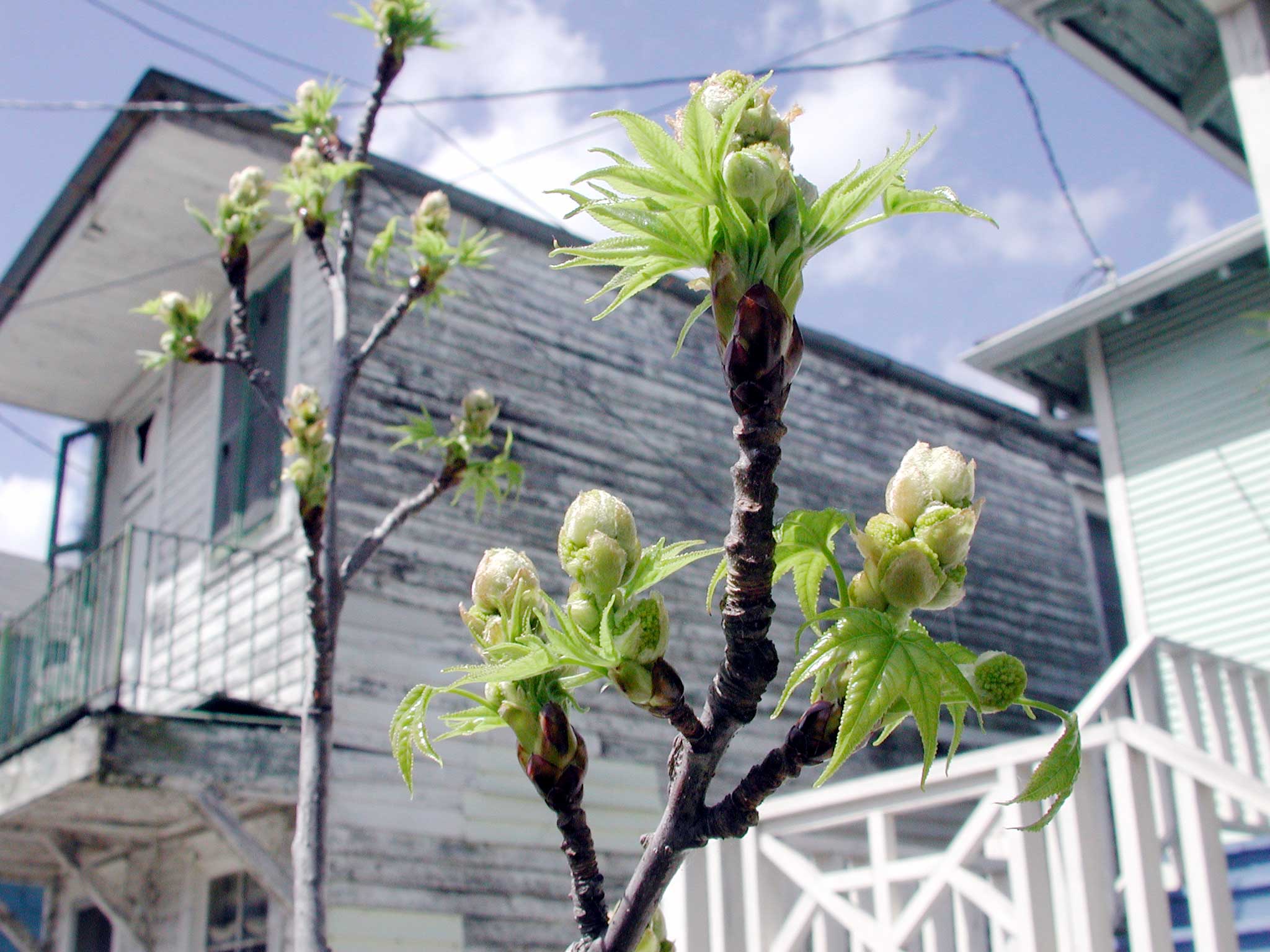 Sweetgum ("Liquidambar") is a genus of four species of s in the family , though formerly often treated in the . They are all large, s, 25-40 m tall, with palmately lobed leaves arranged spirally on the stems. The s are small, produced in a dense globular 1-2 cm diameter, pendulous on a 3-7 cm stem. The is a woody multiple capsule 2-4 cm diameter (popularly called a "gumball"), containing numerous s.

The genus was much more widespread in the , but has disappeared from due to extensive in the north and the , which has served as a blockade against southward migration. It has also disappeared from western due to climate change, and also from the unglaciated (but nowadays too cold) . There are several species of "Liquidambar", showing its status today.

The wood is used for furniture, interior finish, paper pulp, veneers and baskets of all kinds. The heartwood once was in furniture, sometimes as imitation mahogany or circassian walnut. It is used widely today in flake and strand boards. Sweetgum is a foodplant for various s, such as the .