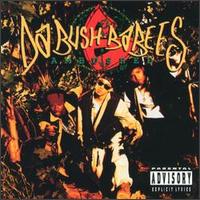 "Ambushed" is the first album from Hip Hop group , comprised of members Mr. Man, Babe-B-Face Kaos and Y-Tee. The group is famous for its affiliation with the . The album featured guest production from 's , Salaam Remi, and a young . The album's singles, "We Run Things (It's Like Dat)" and "Remember We," received moderate airplay.