Restraint of trade is a common law doctrine relating to the enforceability of contractual restrictions on freedom to conduct business. In an old leading case of Mitchell v Reynolds (1711) Lord Smith LC said,[1]

"it is the privilege of a trader in a free country, in all matters not contrary to law, to regulate his own mode of carrying it on according to his own discretion and choice. If the law has regulated or restrained his mode of doing this, the law must be obeyed. But no power short of the general law ought to restrain his free discretion."

A contractual undertaking not to trade is void and unenforceable against the promisor as contrary to the public policy of promoting trade, unless the restraint of trade is reasonable to protect the interest of the purchaser of a business.[2] Restraints of trade can also appear in post-termination restrictive covenants in employment contracts. 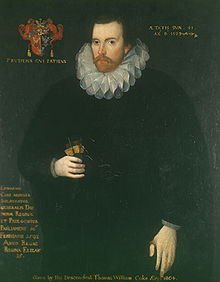 The restraint of trade doctrine is based on the two concepts of prohibiting agreements that run counter to public policy, unless the reasonableness of an agreement could be shown. A restraint of trade is simply some kind of agreed provision that is designed to restrain another's trade. For example, in Nordenfelt v Maxim, Nordenfelt Guns and Ammunition Co[2] a Swedish arms inventor promised on sale of his business to an American gun maker that he "would not make guns or ammunition anywhere in the world, and would not compete with Maxim in any way."

To be a valid restraint of trade in the first place, both parties must have provided valuable consideration for their agreement to be enforceable. In Dyer's Case[3] a dyer had given a bond not to exercise his trade in the same town as the plaintiff for six months but the plaintiff had promised nothing in return. On hearing the plaintiff's attempt to enforce this restraint, Hull J exclaimed,

"per Dieu, if the plaintiff were here, he should go to prison till he had paid a fine to the King."

The common law evolved with changing business conditions. So in the early 17th century case of Rogers v Parry[4] it was held that a promise by a joiner not to trade from his house for 21 years was enforceable against him since the time and place was certain. It was also held (by Chief Justice Coke) that a man cannot bind himself to not use his trade generally.

This was followed in Broad v Jolyffe[5] and Mitchell v Reynolds[1] where Lord Macclesfield asked, "What does it signify to a tradesman in London what another does in Newcastle?" In times of such slow communications and commerce around the country it seemed axiomatic that a general restraint served no legitimate purpose for one's business and ought to be void. But already in 1880 in Roussillon v Roussillon[6] Lord Justice Fry stated that a restraint unlimited in space need not be void, since the real question was whether it went further than necessary for the promisee's protection. So in the Nordenfelt[2] case Lord Macnaghten ruled that while one could validly promise to "not make guns or ammunition anywhere in the world" it was an unreasonable restraint to "not compete with Maxim in any way." This approach in England was confirmed by the House of Lords in Mason v The Provident Supply and Clothing Co.[7]

Restraining clauses in employment contracts are enforceable if:

Generally, if a restraining clause is found to be unreasonable, then it will be void. In certain circumstances though the court may uphold it either by construing ambiguities or by severance. Severance consists of the application of what is known as the "blue pencil test"; if individual words which make the clause excessively wide are able to be crossed out and the clause still makes grammatical sense, without altering the nature of the obligations, then the courts may be willing to sever the illegal aspects of the clause and enforce the remainder.

Though the restraint of trade doctrine is still valid, the current use has been limited by modern and economically oriented statutes of competition law in most countries.