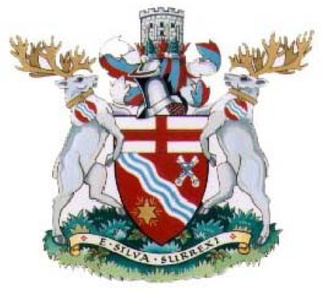 Grand Falls-Windsor is a town of 13,558 people located in the central region of the island of Newfoundland in , . The town is the largest in the central region, the second-largest town in the province, behind Conception Bay South, and is home of the annual . [ [http://www.grandfallswindsor.com/salmonfestival/history.asp Exploits Valley Salmon Festival] ] Grand Falls-Windsor was incorporated in 1991 when the two former towns of Grand Falls and Windsor amalgamated.

In 1768, Lieutenant John Cartwright while following the through the named the waterfall he found, "Grand Falls", however it took until 1905 before the town of Grand Falls was established. [ [http://www.grandfallswindsor.com/town/about.htm About Grand Falls-Windsor] ] Worried about the impending war in , Alfred Harmsworth (Baron Northcliffe) began looking for an alternative source of for his family's newspaper and business. During their search for a suitable location to build and operate a pulp and paper mill, Harold Harmsworth and Mayson Beeton, son of the famed author of , found Grand Falls. The site had great potential due to access to , the possibility of and a deep-water port was available in nearby Botwood. On , , the Harmsworth's and , owner of the , formed the Anglo-Newfoundland Development Company, the mill was constructed and opened on . Workers came from all over the world to help develop the new area and more and more people were coming with hope that they would find work at the mill. At that time, only employees of the mill and workers from private businesses were permitted to live in Grand Falls. Other people settled north of the railway in a place known as the Grand Falls station, which served as a bedroom community for people that worked in Grand Falls.

Grand Falls also catered to the social and athletic needs of the people living there. The Grand Falls Athletic Club was formed in 1907. Sports such as hockey, , , soccer and were played in the area. Increasing interest in and reflected in the creation of several clubs, including the Northcliffe Drama Club, as well as several musical groups. From 1905-1906, the religious needs of the residents were filled by visitng . However, because of the increasing population of Grand Falls, several churches were built.

Due to its continued growth, Grand Falls Station became a vibrant town. Main Street, in what is now the Windsor portion of the town, featured lines of small business that catered to the needs of the residents and the town was officially incorporated on , . During the incorporation, Grand Falls Station changed its name to Windsor in honour of the , the .

In 1961, Price Brothers and Company Limited acquired a large amount of A.N.D. Company stock. An election for the first municipal government was soon held which eventually led to the incorporation of the town of Grand Falls. Thirty years later, in 1991, the towns of Grand Falls and Windsor amalgamated to become the current town of Grand Falls-Windsor.

Today the 2nd Battalion of the , part of the is stationed in the town.

Grand Falls-Windsor is centrally located on the island of Newfoundland. It is approximately an hour west of Gander, two and a half hours west of Clarenville and about four hours west of St. John's. On the other hand, the town is slightly over two hours east of Deer Lake, two hours and forty-five minutes east of Corner Brook and close to five hours east of Port Aux Basques, when traveling on the , part of the .

The town itself consists of the former towns of Grand Falls and Windsor. The Newfoundland and Labrador Route 1 runs through the middle of town, with exits for Main Street, Station Road, Cromer Avenue, Union Street, Grenfell Heights and New Bay Road. Main throughfares in the town include Lincoln Road, Cromer Avenue, Main Street and Scott Avenue, though this list isn't extensive.

As highlighted in the history section, the economy of Grand Falls-Windsor primarily revolves around the pulp and paper mill - , the town's largest employer, though the tertiary sector is also strong in the town with many small businesses and public services. Like most other communities in Newfoundland and Labrador, Grand Falls-Windsor has suffered from outmigration though the town's economy still remains strong.

The town is within the .

Communication services are provided by , and , formerly . [ [http://www.grandfallswindsor.com/business/default.asp?industry=Telecommunications+Industry Telecommunications Industry] ] The companies provide s, high speed and , including (NTV), the only privately owned television station in Newfoundland and Labrador, and other services.

is the for the local CBC rebroadcaster of from St. John's. which provides a community channel that includes a local talk show focused on community events called Grand Central.

The town has two hockey teams, the senior team, and the Central Junior Cataracts of the winners of the 2007 Central West Junior Hockey League championship. [ [http://glendalegolfs.com/?p=181 2007 Review for Sports and Sporting News] ] [ [http://www.leaguelineup.com/welcome.asp?url=juniorcataracts Central Junior Cataracts] ] [ [http://www.gfwcataracts.com/index.php?view=category&id=25%3Athe-project&option=com_content&Itemid=37 Grand Falls-Windsor Cataracts] ] The town also belongs to the .

* , one of the last people, died at Botwood and the Mary March Museum in Grand Falls-Windsor is named after her
* , convicted on of murdering his twin daughters in 2002
* , President of the from 1989 to 1999
* , television, theatre and film actor
* Fred Sanger, local hockey player with the and grandfather of 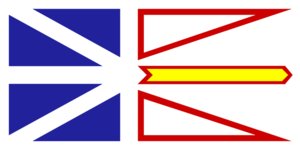