Killyleagh
For the village in County Armagh, see Killylea. 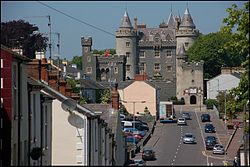 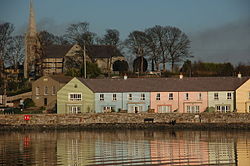 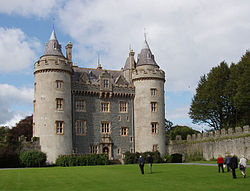 /kɪliˈleɪ/; from Irish: Cill Uí Laoch)[1] is a village in County Down, Northern Ireland. It is on the A22 road from Downpatrick, on the western side of Strangford Lough. It had a population of 2,483 people in the 2001 Census. It is best known for its 12th century Killyleagh Castle. It lies within the Down District Council area and the Strangford Constituency area.

Killyleagh is classified as an intermediate settlement by the NI Statistics and Research Agency (NISRA) (ie with population between 2,250 and 4,500 people). On Census day (29 April 2001) there were 2,483 people living in Killyleagh. Of these: