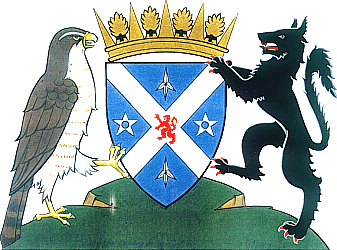 The administrative centre of the area is the .

The majority of the population of the area is located in its southeast corner, in the city of Stirling and in the surrounding lowland communities: and to the north, to the immediate south, and the three former coal mining communities of , , and (known collectively as "The Eastern Villages").