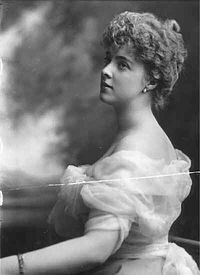 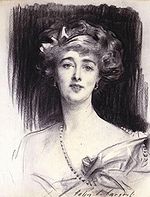 Born Mary Theresa Olivia Cornwallis-West at Ruthin Castle in Denbighshire, Wales, she was the daughter of Col. William Cornwallis-West (1835-1917) and his wife Mary "Patsy" FitzPatrick (1856-1920). Her father, born William West, was a great-grandson of John West, 2nd Earl De La Warr. Her mother was a daughter of Reverend Frederick FitzPatrick and Lady Olivia Taylour, herself daughter of the 2nd Marquess of Headfort.

On 8 December 1891, in London, she married Hans Heinrich XV, Prince of Pless, Count of Hochberg, Baron of Fürstenstein (1861-1938), one of the wealthiest heirs in the German Empire, becoming hostess of Fürstenstein Castle and Pless Castle in Silesia.

They had three children: 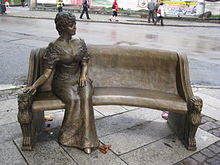 Memorial to Daisy in Pszczyna, Poland

During her marriage Daisy, known in German as the Fürstin von Pless, became a social reformer and militated for peace with her friends William II, German Emperor and King Edward VII of the United Kingdom. During World War I she served as a nurse.

After her divorce at Berlin on 12 December 1922 she published a series of memoirs that were widely read in the United Kingdom, the United States, and, in the German language, on Continental Europe.

The Prince of Pless married as his second wife, at London on 25 January 1925, Clotilde de Silva y González de Candamo (1898-1978). This marriage produced two children, and was annulled in 1934. Subsequently Clotilde married the third son of Daisy and the Prince, Bolko, and was the mother of their only grandchildren.