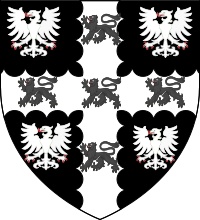 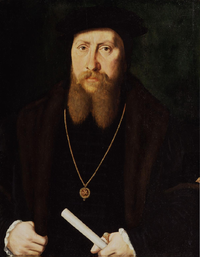 The Paget family descends from Sir William Paget, a close adviser to Henry VIII, who in 1553 was summoned to Parliament as Lord Paget de Beaudesert. His younger son, the third Baron, was a Catholic opponent of Elizabeth I. In 1589 he was attainted and his title forfeited. However, his son, the fourth Baron, was restored to the title in 1604. In contrast to his father he was a prominent Protestant. He was succeeded by his son, the fifth Baron. He was Lord Lieutenant of Buckinghamshire for the parliamentarians between 1641 and 1642, when he joined the Royalists and was dismissed. His son, the sixth Baron, was Ambassador to both Austria the Ottoman Empire. On his death the title passed to his son, the seventh Baron. He had already been created Baron Burton, of Burton-on-Trent in the County of Stafford, in 1711, prior to succeeding to the barony of Paget in 1713. In 1714 he was further honoured when he was made Earl of Uxbridge, in the County of Middlesex. However, the earldom and barony of Burton became extinct on the death of his grandson, the second Earl, in 1769.[1]

The barony of Paget, which could be passed on through the female line, devolved on his cousin Henry Bayly, who became the ninth Baron. He was the son of Sir Nicholas Bayly, 2nd Baronet, of Plas Newydd, and Caroline, Lady Bayly (d. 1766), granddaughter of the Hon. Henry Paget, second son of William Paget, 5th Baron Paget. In 1770 Henry Bayly assumed the surname and arms of Paget only. Twelve years later, in 1782, he succeeded his father in the baronetcy, and in 1784 the earldom of Uxbridge was revived for him, when he was made Earl of Uxbridge, in the County of Middlesex. He was succeeded by his eldest son, the second Earl. He was a prominent military commander who gained fame at the Battle of Waterloo, where he lost his leg.[2] A few weeks after the battle he was made Marquess of Anglesey.[1] 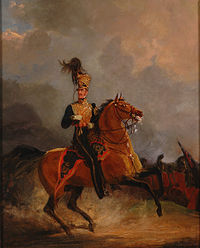 Henry Paget, 1st Marquess of Anglesey, at the Battle of Waterloo.

Lord Anglesey later held political office as Master-General of the Ordnance and Lord-Lieutenant of Ireland. He was succeeded by his eldest son from his first marriage, the second Marquess. He served as Lord Chamberlain of the Household under Lord Melbourne between 1839 and 1841. His only son from his first marriage, the third Marquess, represented Staffordshire South in Parliament. He was childless and was succeeded by his half-brother, the fourth Marquess. He held the honorary post of Vice-Admiral of North Wales and West Carmarthen. His son, the fifth Marquess, became known for squandering his inheritance on a lavish social life and accumulating massive debts. In 1904 he was declared bankrupt. He died the following year aged only 29 and was succeeded by his cousin, the sixth Marquess. He was the son of Lord Alexander Paget, third son of the second Marquess. He was a soldier and courtier. As of 2010[update] the titles are held by his only son, the seventh Marquess, who succeeded in 1947.[1]

The Bayly Baronetcy, of Plas Newydd in the County of Anglesey and of Mount Bagenall in the County of Louth, was created in the Baronetage of Ireland in 1730 for Edward Bayly, who had previously represented Newry in the Irish House of Commons. In 1712 he inherited substantial estates on Anglesey, including Plas Newydd, still the family's main residence, from a cousin, Nicholas Bagenall. He was succeeded by his son, the second Baronet. He represented Anglesey in the British House of Commons. His son was the aforementioned third Baronet, who had already succeeded as ninth Baron Paget and was created Earl of Uxbridge in 1784.[1] 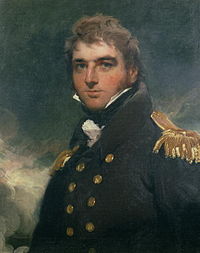 In 1727, the town of Uxbridge, Massachusetts Colony, was named after the Earl of Uxbridge.

The heir apparent is the present holder's son Charles Alexander Vaughan Paget, Earl of Uxbridge (b. 1950)