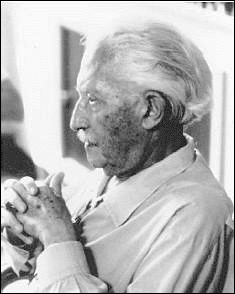 Erik Homburger Erikson (, – , ) was born in to Danish parents, but later obtained American [ [http://webspace.ship.edu/cgboer/erikson.html Erik Erikson ] ] . He was a developmental psychologist and known for his theory on social development of human beings, and for coining the phrase "identity crisis".

Erik Erikson's lifelong interest in psychology of identity may be traced to his childhood. He was born on , as a result of his mother's , and the circumstances of his birth were concealed from him in his childhood. His mother, Karla Abrahamsen, came from a prominent family in , her mother Henrietta died when Karla was only 13 [http://www.nndb.com/people/151/000097857/] [http://www.psychology.sbc.edu/mccomas.htm] . Abrahamsen's father, Josef, was a merchant in dried goods. Karla's older brothers Einar, Nicolai, and Axel were active in local Jewish charity and helped maintain a free soup kitchen for indigent Jewish immigrants from Russia. [ [http://www.nytimes.com/books/first/f/friedman-architect.html Identity's Architect ] ]

Since Karla Abrahamsen was officially married to stockbroker Waldemar Isidor Salomonsen at the time, her son, born in , was registered as Erik Salomonsen. There is no more information about his biological father, except that he was a Dane and his given name probably was Erik. It is also suggested that he was married at the time that Erikson was conceivedFact|date=February 2007. Following her son's birth, Karla trained to be a nurse, moved to and in 1904 married a Jewish pediatrician Theodor Homburger. In 1909 Erik Salomonsen became Erik Homburger and in 1911 he was officially adopted by his stepfather.

The development of identity seems to have been one of his greatest concerns in Erikson's own life as well as in his theory. During his childhood and early adulthood he was known as Erik Homburger, and his parents kept the details of his birth a secret. He was a tall, blond, blue-eyed boy who was raised in the Jewish religion. At temple school, the kids teased him for being Nordic; at grammar school, they teased him for being Jewish.

Erikson was a student and teacher of art. While teaching at a private school in , he became acquainted with , the daughter of . Erikson underwent psychoanalysis, and the experience made him decide to become an analyst himself. He was trained in psychoanalysis at the Vienna Psychoanalytic Institute and also studied the of education, which focused on child development. [ [http://findarticles.com/p/articles/mi_g2699/is_0001/ai_2699000120 "Erikson Erik (1902-1979)", Gale Encyclopedia of Psychology, 2nd ed. Gale Group, 2001] ]

Following Erikson’s graduation from the Vienna Psychoanalytic Institute in 1933, the had just come to power in , and he emigrated with his wife, first to and then to the , where he became the first child psychoanalyst in . Erikson held positions at , the Judge Baker Guidance Center, and at Harvard’s Medical School and Psychological Clinic, establishing a solid reputation as an outstanding clinician.

In 1936, Erikson accepted a position at , where he worked at the Institute of Human Relations and taught at the Medical School. After spending a year observing children on a reservation in , he joined the faculty of the at Berkeley, where he was affiliated with the Institute of Child Welfare, and opened a private practice as well. While in , Erikson also studied children of the Native American tribe.

After publishing the book for which Erikson is best known, "Childhood and Society", in 1950, he left the University of California when professors there were asked to sign . [ [http://www.ship.edu/~cgboeree/erikson.html C. George Boeree, "Erik Erikson, 1902 - 1994" page at Shippensburg University] ] He spent ten years working and teaching at the , a prominent psychiatric treatment facility in Stockbridge, , where he worked with emotionally troubled young people.

In the 1960s, Erikson returned to Harvard as a professor of human development and remained at the university until his retirement in 1970.

Theories of development and the ego

Erikson's greatest innovation was to postulate not five stages of development, as had done with his psychosexual stages, but eight. Erik Erikson believed that every human being goes through a certain number of stages to reach his or her full development, theorizing eight stages, that a human being goes through from birth to death. (Childhood and Society-Erik Erikson) [cite book
last = Schickendanz | first= Judith A.
title = Understanding Children and Adolescents
publisher =
year = 2001
chapter = Chapter 1 Theories of Child Development and Methods of Studying Children
pages = pp. 12-13
edition = 4th edition
isbn = 020531418X ] Erikson elaborated Freud's into , and added three stages of adulthood. His widow Joan Serson Erikson elaborated on his model before her death, adding a ninth stage (old age) to it, taking into consideration the increasing life expectancy in Western cultures.Erikson is also credited with being one of the originators of , which stressed the role of the ego as being more than a servant of the id. According to Erikson, the environment in which a child lived was crucial to providing growth, adjustment, a source of self awareness and identity.His 1969 book "", which focused more on his theory as applied to later phases in the life cycle, won Erikson a and a U.S. .

Even though Erikson always insisted that he was a , he is better described as a . Subsequent authors have described him as an "ego psychologist" studying the stages of development, spanning the entire lifespan. Each of are marked by a conflict, for which successful resolution will result in a favourable outcome, for example, trust vs. mistrust, and by an important event that this conflict resolves itself around, for example, meaning of one's life.

Favourable outcomes of each stage are sometimes known as "virtues", a term used, in the context of Eriksonian work, as it is applied to medicines, meaning "potencies." For example, the virtue that would emerge from successful resolution. Oddly, and certainly counter-intuitively, Erikson's research suggests that each individual must learn how to hold both extremes of each specific life-stage challenge in tension with one another, not rejecting one end of the tension or the other. Only when both extremes in a life-stage challenge are understood and accepted as both required and useful, can the optimal virtue for that stage surface. Thus, 'trust' and 'mis-trust' must both be understood and accepted, in order for realistic 'hope' to emerge as a viable solution at the first stage. Similarly, 'integrity' and 'despair' must both be understood and embraced, in order for actionable 'wisdom' to emerge as a viable solution at the last stage.

The Erikson life-stage virtues, in the order of the stages in which they may be acquired, are:
# - Basic Trust vs. Mistrust - Infant stage. Does the child believe its caregivers to be reliable?
#will - Autonomy vs. Shame and Doubt - Toddler stage. Child needs to learn to explore the world. Bad if the parent is too smothering or completely neglectful.
# - Initiative vs. Guilt - Kindergarten - Can the child plan or do things on his own, such as dress him or herself. If "guilty" about making his or her own choices, the child will not function well. Erikson has a positive outlook on this stage, saying that most guilt is quickly compensated by a sense of accomplishment.
# - Industry vs. Inferiority - Around age 6 to puberty. Child comparing self worth to others (such as in a classroom environment). Child can recognise major disparities in personal abilities relative to other children. Erikson places some emphasis on the teacher, who should ensure that children do not feel inferior.
# - Identity vs. Role Confusion - Teenager. Questioning of self. Who am I, how do I fit in? Where am I going in life? Erikson believes that if the parents allow the child to explore, they will conclude their own identity. However, if the parents continually push him/her to conform to their views, the teen will face identity confusion.
# (in intimate relationships, work and family) - Intimacy vs. Isolation - Young adult. Who do I want to be with or date, what am I going to do with my life? Will I settle down? This stage has begun to last longer as young adults choose to stay in school and not settle.
# - Generativity vs. Stagnation - the Mid-life crisis. Measure accomplishments/failures. Am I satisfied or not? The need to assist the younger generation. Stagnation is the feeling of not having done anything to help the next generation.
# - Ego Integrity vs. Despair - old age. Some handle death well. Some can be bitter, unhappy, dissatisfied with what they accomplished or failed to accomplish within their life time. They reflect on the past, and either conclude at satisfaction or despair.

On Ego Identity versus Role Confusion, Ego identity enables each person to have a sense of individuality, or as Erikson would say, "Ego identity, then, in its subjective aspect, is the awareness of the fact that there is a self-sameness and continuity to the ego's synthesizing methods and a continuity of one's meaning for others". (1963) Role Confusion however, is, according to in her book "Personality Theories" (2006), "The inability to conceive of oneself as a productive member of one's own society" (158). This inability to conceive of oneself as a productive member is a great danger; it can occur during adolescence when looking for an occupation.

Most empirical research into Erikson's theories has focused on his views regarding the attempt to establish identity during adolescence. His theoretical approach has been studied and supported, particularly regarding adolescence, by [ [http://www.garfield.library.upenn.edu/classics1984/A1984TR91100001.pdf Marcia, J. E., (1966), Development and validation of ego identity status, "Journal of Personality and Social Psychology" 3, pp. 551-58] ] . Marcia's work extended Erikson's by distinguishing different "forms" of identity, and there is some empirical evidence that those people who form the most coherent self-concept in adolescence are those who are most able to make intimate attachments in early adulthood. This supports Eriksonian theory, in that it suggests that those best equipped to resolve the crisis of early adulthood are those who have most successfully resolved the crisis of adolescence.