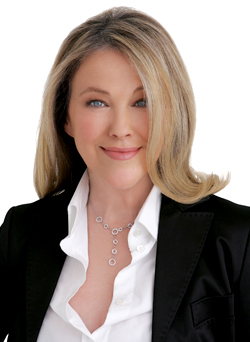 Catherine Anne O'Hara (born , ) is a Canadian-American Emmy and -winning actress and . She is well known for her comedy work on "SCTV" and for her film roles as Delia Deetz in "", Kate McCallister in "", Sally in "" and the series of films written and directed by .

In the late 1970s, she did various voice-overs for a number of s, which would continue throughout her career. During a short time in the early 80's when SCTV was in between network deals, she was hired to replace when "Saturday Night Live" was being retooled in 1981. However, she quit the show without ever having made an appearance on it, choosing to go back to "SCTV" when the show signed on with and was back on the air. [http://www.cbc.ca/thehour/video.php?id=2037 Catherine O'Hara on CBC's 'The Hour'] [http://www.thestar.com/entertainment/article/220072 Catherine The Great] [http://rickmoranisfanpage.com/Articles/secondcityshoots.html SCTV Shoots For First] Her "SNL" position was then given to fellow Canadian , who had also replaced O'Hara for a season on "SCTV".

A naturalized U.S. citizen, [ [http://www.filmreference.com/film/75/Catherine-O-Hara.html Catherine O'Hara Biography (1954-) ] ] , she married /director in 1992 and has two sons, Matthew (b.1994) and Luke (b.1997). She is the sister of critically-acclaimed singer-songwriter , though she is a singer-songwriter in her own right, having written and performed songs in the 2003 film "". She has a condition known as with situs inversus. [http://www.cbc.ca/thehour/video.php?id=2048 The Hour - 2 Minutes: Catherine O'Hara]

Celebrities impersonated by O'Hara on "SCTV"