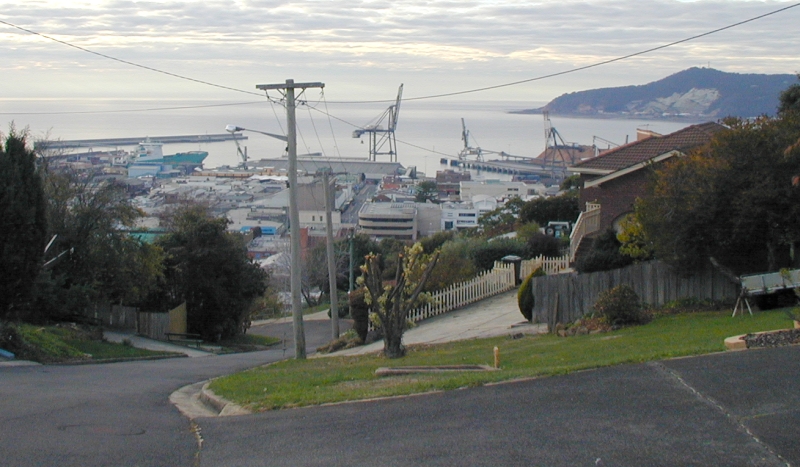 Burnie is a port city on the north-west coast of , originally settled in 1827 as Emu Bay. The town was renamed for William Burnie - a director of the Company - in the early 1840s. The city boundary usually includes the outer town of Somerset. Burnie is governed by the Local Government Area

Key Amenities: A wide range of shops and services including multi-function civic centre and art gallery, post office, police station, Supreme Court, public and private hospital, as well as numerous sporting and social organisations. Burnie is also home to the Cradle Coast campus of the , a TAFE campus and .

is located in the adjacent town of Wynyard, a 20 minute drive from the City of Burnie.

Burnie is connected with Devonport via the four-lane Bass Highway and a rail link which is used for freight purposes. Burnie is also connected to the by the .

Bus service provides transport around the city and its suburbs.

Burnie averages 994 mm of rainfall per year. Most of the rain is in the second half of the year from July to December.

is popular in Burnie, the city's team is the in the .

The Advocate is the region's newspaper, its main press and mailroom is located in Burnie.

Burnie has access to the ABC, SBS, WIN and Southern Cross television stations. The fifth channel, , has recently started transmitting from the tower at Round Hill, East of the suburb of South Burnie.

There is one commercial radio station, at 558 kHz on the mediumwave band. Many radio stations can be received in Burnie. Fact|date=August 2008