Any Time Now (The Outfield album)

Any Time Now (The Outfield album) 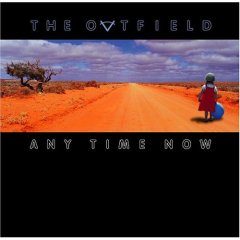 "Any Time Now" is an album by British band . Two versions of this album are available; one exclusive to their website and , and the other released by Sidewinder Records and distributed to stores everywhere; the original release includes material recorded from 2002-2004. "It's All About Love" was the track used to heavily promote the album, but it received airplay in only a few select markets.