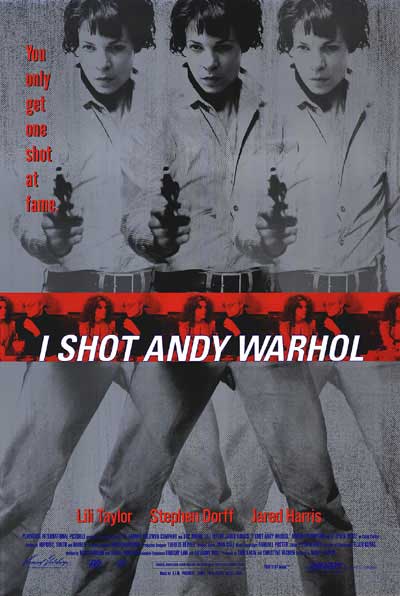 The film stars as Valerie, as and as Valerie's friend Stevie. plays .

of the , whose anger with Solanas was well known, stated publicly that he did not want any film about her to be made, and would not allow the filmmakers to use his music; instead, plays an anonymous band that is somewhat reminiscent of the Velvet Underground. The film's music score was written by , a former member of the Velvets.

The film opens with a foreshadow to moments after the shooting. This is quickly followed by a scene with Solanas in custody for the shooting of Andy Warhol. The film then takes us back to a time when Solanas is living in New York and prostituting herself for a living. A series of further flashbacks point to her difficult childhood, and success in studying psychology at university. At university, Solanas discovers that she is a lesbian, that she can write and that she has a distinctive view of the world. This leads her to New York City and its downtown . Through her friend Stevie, she meets , who in turn introduces her to Andy Warhol. Meanwhile she also meets Maurice Girodias, the publisher of . While Solanas wants Warhol to produce her play, 'Up Your Ass', Girodias wants her to write a novel for him. Once Solanas signs a contract with Girodias, she comes to suspect his offer is not a generous one and may not be in her interests. She comes to regret signing this contract. At this point, she starts to become seriously disturbed. She thinks Warhol, and or Girodias are controlling her. The film concludes, where it began, with Solanas' attempted murder of Warhol.

This film is based on a true story and was thoroughly researched by the filmmaker, Mary Harron, who intitially intended to make a documentary.

Valerie Solanas was the founder and the only member of SCUM, the Society for Cutting Up Men. She believed man's objective was to oppress women and that men should be exterminated.

Many people who knew Solanas and Warhol tried to rationalize the shooting. Stephen Koch, who in 1973 wrote a study of Warhol's film, stated: "Valerie lives in terror of dependence: That is what the is about, an absolute terror before the experience of need. Like Warhol, Solanas is obsessed with an image of autonomy, except that... she has played the obsession desperately, rather than with Warhol's famous cool." (Harron, I Shot Andy Warhol,Grove Press NY, 1995).